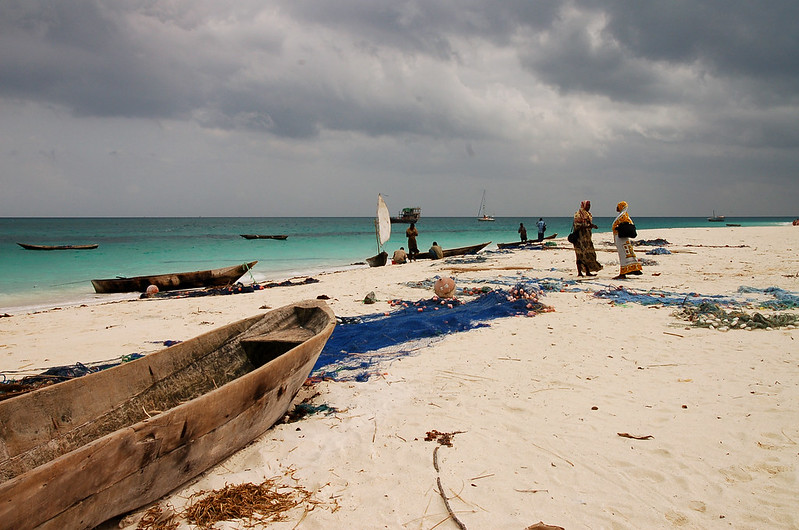 Zanzibar, an island off the coast of Tanzania, enjoys high financial capacity due to its successful tourist industry, fishing and seaweed production. However, many of Zanzibar’s coastal communities still suffer from acute poverty and local industries are under threat from environmental degradation. One nonprofit, Marine Cultures, aims to solve these issues by introducing sea sponge farming to households in Zanzibar.

The Benefits of Sea Sponge Farming

Sea sponge farming offers a more economically sustainable option than the traditional seaweed farming industry. Farming seaweed for the production of carrageenan, a common thickener in foods, has long been a staple industry for the employment of Zanzibari women. However, the industry is in decline, as seaweed is susceptible to pests and diseases. Additionally, the global market price for seaweed is now low and more labor-intensive farming is rewarded with comparatively minimal income. As a consequence, many single women struggle to make a living from farming seaweed.

Farming sea sponges, however, offer higher monetary returns for a lower-maintenance product. Unlike seaweed, pearl farming, or traditional fishing, sea sponge farming is less time consuming and allows farmers the time and opportunity to pursue other economic activities. Marine Cultures introduced the first sponge farm to coastal Zanzibar in 2009. Since then, the organization installs up to four new sponge farms a year and each farm generates enough income to feed 2-3 families of approximately ten people. The organization specifically targets single, unemployed women, granting them a one-year training period before turning over the farm. This strategy allows the recipient to independently establish and operate their business.

Giving Back To The Ecosystem

Zanzibar’s coastal ecosystems, although essential to the island’s wellbeing, are under pressure from a variety of factors. Overfishing, invasive species, unregulated tourism, dumping of human waste, overpopulation and rising water temperatures are just some of those.

However, sea sponge farms answer the call to establish sustainable forms of using natural resources extracted from the local ecosystem. As the market price of sea sponges remains high, sea sponge farming offers a financially viable alternative to traditional fishing, reducing overfishing and easing some pressure off of the coastal ecosystem. Additionally, sponges are filter-feeders, which means that in addition to saving farmers money on feed costs, they also act as a biofilter that filters out particles in the water.

In this way, sea sponges can help act as a buffer against pollution and encourage the health of local coral reefs. Marine Culture’s sponge farms have even been shown to improve local stocks of species on certain occasions.

Looking to the future, sea sponges pose a promising new industry to Zanzibar and beyond. Those women who have begun operating their own sea sponge farms through Marine Cultures report increased income for lower amounts of labor than they experienced harvesting seaweed. All the while, these farms pose long-term career opportunities, as farmers learn the skills not only of sea sponge farming but of marine biology, entrepreneurship and commerce.

By the end of this year, a twelfth sea sponge farm is on track to become independent. Marine Cultures hopes that by 2022, they will be able to remove themselves completely from the local industry and turn over all sponge farms to a local organization that will train future farmers without oversight from Marine Cultures.