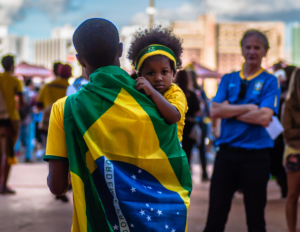 Today, this work has come to fruition with eight biofortified foods accessible in fifteen municipalities as part of a pilot study.

The project originated from the need to prevent micronutrient deficiencies with the government taking appropriate action. Ailments of nutritional deficiency include anemia, blindness, and fatigue, among other symptoms.

What nutrients will cure these ailments? The micronutrients that the project aims to condense include iron, zinc, and vitamin A. These nutrients are lacking in Brazil, much like the rest of Latin America. According to Marilia Nuti, a biofortification coordinator, “Iron is key. Half of Brazil’s children suffer from some degree of iron deficiency.” Iron deficiency can also impair child development, both physically and cognitively.

In order to create more nutritious foods scientists must choose seeds that display traits most important for nutrition. When a seed demonstrates its benefit it will be used to breed stronger food with the best possible qualities.

So what makes these new foods superfoods? The iron content of beans nearly doubled from 50 to 90 milligrams of iron per kilogram. Beta-carotene, the most important carotenoid of vitamin A, jumped from 10 micrograms (mcg) per gram to 115 mcgs/g. In rice, a major staple crop, the zinc content was increased from 12 milligrams to 18 milligrams per kilo.

Yet, after all this biofortification, Brazil is still in its trial stage and what happens in the municipalities determines the path that food security policy will take in the future.

Itaguai, one of the municipalities, must prove the health benefits of the biofortification within the pre-school lunch program. For this particular municipality sweet potatoes are grown and are incorporated into the 13 preschools in Itaguai, reaching 8,000 students.

At the height of the project, local farmers will be trained and integrated into the program, providing students within the municipality more nutritious meals.

But the country isn’t looking to drastically improve Itaguai; the project is instead aimed at Brazil’s poorest municipalities. If the results come back positive, implementation will begin in the areas needing the most help.

To understand if the pilot was a success, the country will begin assessing its impact next year by measuring and comparing the health of those who consumed superfoods with those who did not.