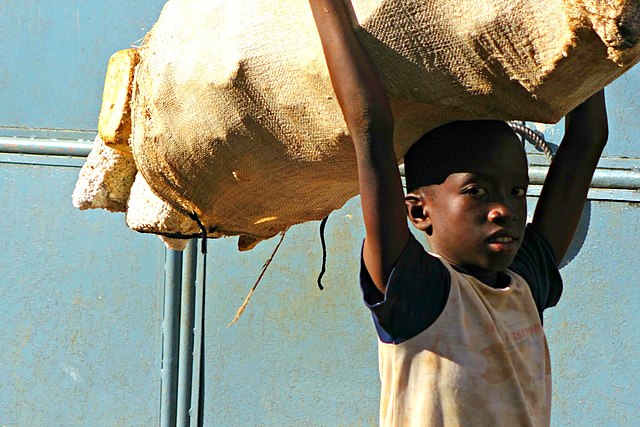 Africa is a continent comprising of diseases and illnesses that affect many people’s lives. Notable examples of such ailments include HIV, malaria, Ebola and even COVID-19, impacting the lives of many impoverished communities of Africa. Now, a recent report of the Marburg virus in West Africa is starting to raise concern and officials from the World Health Organization (WHO) are scrambling to address the situation before it intensifies.

In August 2021, health officials from Guinea confirmed the first case of the Marburg virus disease in a deceased West African man. The patient, who started to develop the illness in late July 2021, went to a local clinic to seek treatment, where he displayed high fever, abdominal pain and external bleeding around his teeth. The man died less than two weeks later in the town of Guéckédou in Southern Guinea, which is in the same region where the Ebola virus broke out in 2014 and 2021.

What is the Marburg Virus?

Marburg is a type of virus that comes from the same family as Ebola and causes hemorrhagic fever in the individual who contracts it. Anyone infected is prone to experiencing internal bleeding, which affects vessels, organs and the body’s ability to regulate itself. Because of the severity of the damage, Marburg virus disease is extremely dangerous with an average case mortality rate of around 50%. In past outbreaks, fatality rates reached as high as 88%. The last noted presence of the virus was in 2008 with the last major outbreak occurring in 2005 in Angola.

Though Marburg has the potential to be very deadly, viruses that cause hemorrhagic fever are rare and are usually limited to areas with specific animals that host the viruses. In 2020, the Centers for Disease Control and Prevention found that fruit bats carry the virus, meaning that a human can only become infected through prolonged exposure in caves or similar habitats. However, once the virus infects one person, the Marburg virus is easily transmittable through direct contact with another individual. The timeline in which a person will start to display symptoms can be anywhere between two and 21 days after infection Although only a single case was confirmed so far, the WHO found the need to declare an outbreak in West Africa due to how easily the Marburg virus can spread.

What are Health Officials Doing?

Due to the concern that the Marburg virus could trigger an epidemic in West Africa, the WHO is taking precautions to ensure that the virus does not spread much further. Since the discovery, Guinea has attempted to track anyone who interacted with the patient. The country is monitoring at least 172 people, ordering them to quarantine to prevent transmission. The WHO has also dispatched a team consisting of epidemiology and socio-anthropology experts, who are now on the grounds of the virus site and are assisting with the investigation of Marburg virus cases. Efforts are also going into improving cross-border surveillance. Since Guéckédou is relatively close to Sierra Leone and Liberia, the WHO is working with authorities to ensure the virus does not spread outside of Guinea.

As it currently stands, there is no known cure for Marburg virus disease, though remedies are in development. Right now, the best way to treat someone infected with the Marburg virus is through supportive care and rehydration. Doing so will reduce the likelihood of the disease becoming fatal. With that said, this current situation in Guinea speaks volumes about the healthcare system in Africa and the specific vulnerabilities of Africa.

Africa is the most disease-prone continent in the world, yet most of its people do not have access to treatment that will help protect against these viruses. In Guinea, which is home to 13 million people, not even 4% of the nation’s population has received full vaccination against COVID-19. If people in West Africa have limited access to a globally distributed COVID-19 vaccine, the likelihood of them easily obtaining treatment for a disease like Marburg or Ebola is slight. For these reasons, officials need to prioritize addressing health inequities and improving access to healthcare in developing regions such as Africa.