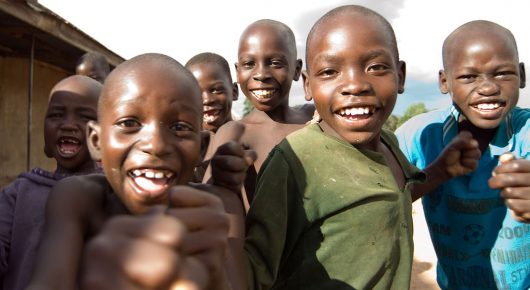 The virus, which is frequently compared to Ebola because of its clinical similarity to it, causes viral hemorrhagic fever and is known to be fatal, with an average fatality rate of around 50 percent. The virus is transmitted by a species of bat, called Rousettus bats, that live in caves in Uganda and across parts of Africa.

According to the World Health Organization (WHO), the disease is transmitted by direct contact with the blood, body fluids and tissues of infected persons or wild animals (e.g. monkeys and fruit bats).

The first person believed to have had the Marburg virus in Uganda, during the most recent outbreak, was a man who lived near a cave with bats. After he passed away from Marburg-like symptoms, his sister became sick due to her involvement in nursing him and with his traditional burial. After she passed away, it was verified that she had suffered from the Marburg virus. Two days later, the outbreak was confirmed and within 24 hours of confirmation, the WHO had arrived in the affected areas of Uganda. Currently, contact tracing is taking place to find and monitor individuals who may have been in contact with those who are sick.

The WHO has already set up structures to monitor the disease and to work with the communities. In addition to the WHO, the Centers for Disease Control and Prevention (CDC) and African Field Epidemiology Network (AFNET) are also a part of the efforts to stop the spread of the virus in Uganda.

Containment is the first priority of the WHO. Because the Marburg virus currently has no treatment or vaccine, “supportive care” is needed for those who are infected. But, this also means that proper techniques and safety measures must be taken by healthcare workers treating the infected. Precautions have been taken with protective wear being given to healthcare workers and isolation units being created in order to treat possible Marburg patients in areas removed from the general hospital population.

The WHO and its partners have been educating communities in order to increase awareness about the virus and encourage reporting by community members. Because this virus is spread through fluids and close contact, people involved in traditional burials are at high risk of contracting the virus.

All of these precautions and procedures have been set in motion within the past two weeks, many happening just days after it was confirmed that a woman had passed away due to the virus. It is vital that international organizations respond quickly, to treat those with the virus and protect and educate the communities who are affected.

According to the WHO, the Ugandan government and its health officials have responded to the outbreak very quickly in order to keep it contained. With such a rare and fatal virus, it is important that all of these organizations and the government work together to fight it and protect the affected communities. If these procedures work, the fatal Marburg virus in Uganda will not spread and many people will be sheltered from its reach.