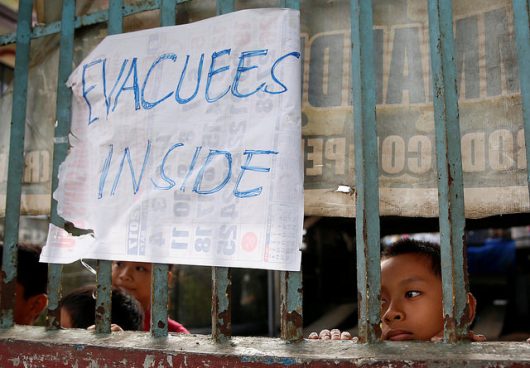 Nearly two months have passed since the conflict with Islamic State terrorist groups began in the Philippines city of Marawi, but its government has hope for a conclusion soon. In the last month, major nations, including Australia, China and South Korea have made large contributions of aid to Marawi aimed to assist the civilians affected by the violence.

South Korea announced on July 5 that it would be giving aid in the form of $1 million to the victims in Marawi City. In a statement regarding the donation, Korean Ambassador Kim Jae-shin stated, “On behalf of the Korean government, I would like to extend my sympathy to all evacuees of Marawi City. Our donation, even if it’s not big…is a token of our friendship with the Philippines.”

With a death toll that recently topped 500 and over 183,500 individuals forced from their homes, the crisis is far from over.

On June 27, China donated $3 million in relief funds to the besieged city. The money was directed to the city’s health and social development department in hopes of helping those who have been displaced or whose homes have been destroyed.

The conflict began on May 23, after government troops found the hideout of an ISIS leader, Isnilon Hapalon, in the city. When his men called for backup from the Maute, another radical Islamist group, a gunfight began.

The United States became involved in the conflict at the beginning of June as well, providing technical assistance and military aid to Marawi. According to a recent report, American forces are not currently engaged in combat in the city.