Tag Archive for: Mano a Mano 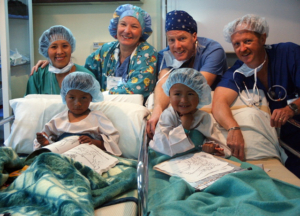 Bolivia has historically struggled with high levels of poverty and providing quality healthcare to those in need of it. However, in the past decade, healthcare in Bolivia has created promising developments that have facilitated lower levels of extreme poverty, child mortality and rampant diseases.

In 2019, Bolivia’s then-president Evo Morales implemented the Unified Health System. The free health care system promised to cover almost 6 million uninsured people, a significant percentage of Bolivia’s 11 million citizens. It provides access to services such as doctor visits and medication and covers the treatment of illnesses like Parkinson’s, child cancer, diabetes and more.

To aid citizens in receiving care, an instructional app was made to provide the necessary information. For example, it helped with locating healthcare centers and identifying what treatments would be covered under the Unified Health System.

The Unified Health System saw immediate success, with more than 35,000 patients receiving healthcare treatment in the first five days of its implementation. This program builds off the success of the 2013 “My Health” program that allowed citizens with the most need to have access to free healthcare.

Developments such as these have accounted for the threefold increase in the Bolivian healthcare budget since the mid-2000s. Fortunately, this increased dedication to public health has paid off. The changes have increased the overall health of the population and decreased child malnutrition rates by 50%.

Even when citizens have a right to free healthcare, there are additional boundaries that may prevent them from getting the help they need. Bolivia’s rural areas tend to be much more burdened with poverty than urban areas. Additionally, there are usually fewer health clinics that are easily accessible in rural areas.

In response, the government built 2,710 clinics to increase access to healthcare in Bolivia. It was estimated that this provided 25% of the most vulnerable population with access to medical assistance. The government also placed increased effort on preventatively addressing medical issues, many of these focusing on women and children.

Similarly, the government introduced the Bono Madre Niño-Niña Juana Azurduy program to promote safe motherhood. It supplied cash transfers to mothers who frequently received health checkups during pregnancy and the first two years of their child’s life. This endeavor partnered with the Zero Malnutrition Multisectoral Program, which helped fight malnutrition in children under five. Programs such as these helped increase the survival rate of infants and decrease the risk of child malnutrition.

The Challenges of the Unified Health System

The Unified Health System did show promise for making long term improvements for healthcare in Bolivia. However, the government did not allocate enough money to make this goal sustainable and achievable. Doctors expressed the need for a budget of around $1 billion (USD), much greater than the $200 million they received. Because of the lack of funds, there are not enough supplies or facilities available to provide the healthcare that so many Bolivians need.

Continuing to Improve Healthcare in Bolivia

To combat some of the shortcomings, various organizations help to support Bolivian healthcare systems. Here are some examples.

Healthcare in Bolivia has made impressive strides to improve citizens’ quality of life. Experts have praised the idea of the Unified Health System, calling it a “model for Latin America.” To continue the good work that this program can provide, more money needs to be dedicated to supporting it. In doing so, more clinics can be built, more doctors can be hired and more equipment can be purchased.