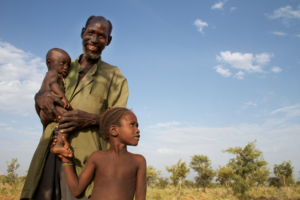 Mali is one of the poorest countries in the world and has a per capita income of $300. Estimates determine that the overall poverty rate is 64 percent. Many factors contribute to the country’s poverty level. Mali suffers from low and erratic rainfall, poor soil and low agricultural production output. The country also suffers from poor infrastructure, especially in the areas of transportation and communications, as well as underdeveloped human capital. This is devastating because almost 80 percent of the country’s population depends upon agriculture in Mali for their livelihood.

The Project Appraisal Document entitled, Project Appraisal Document on a Proposed Credit in the amount of SDR 30.7 Million to the Republic of Male for an Agricultural Competitiveness and Diversification Project, emerged in 2005. It said that Mali’s poverty problem is a rural issue and that fighting it requires improving the life and income of Mali’s rural population. The Product Appraisal Document stated, “The project aims at fostering improvements in the performances of supply chains for a range of agricultural, livestock, fishery and gathering products, for which, Mali has a strong competitive advantage.” Thus, after the publishing of the poverty reduction strategy paper, Mali instituted the Program for Competitiveness and Agricultural Diversification (PCDA).

Program for Competitiveness and Diversification of Agriculture

The goal of the PCDA was to increase the competitiveness of Mali’s traditional produce of cotton, rice and less traditional crops, such as fruit, horticulture products, oilseeds, Arabic gum and cashews. The PCDA has a strong private sector focus. The project’s goal was to pump more money into marketing and communication.

The World Bank has been supportive of the implementation of Mali’s governmental strategy to reduce the issues leading to Mali’s poverty. The agriculture project, with the World Bank’s backing, has granted financial and technical support for 125 of Mali’s agricultural business investors.

Socodevi carried out the work of the Program for Competitiveness and Diversification of Agriculture. Socodevi is a mutual and cooperatives network that shares its knowledge and expertise with developing countries. Its work focused on techniques and technology to improve the competitiveness and production of agriculture in Mali. The regions of focus for the project were Bamoko-Koulikor, Mopti, Segou and Skasso.

The result of this project has been beneficial for more than 8,000 individuals. The 1,482.6 acres developed have yielded a 30 percent increase due to the improved irrigation methods. The PCDA project created 2,280 jobs with 1,175 being permanent.

Who This Project Has Helped

The project helped people such as Madame Coulibaly, an agricultural engineer, who turned her small store into a booming green business through government permits and bank loans. Coulibaly says she now has eight women employees that do the washing, whereas she only had two before. She also has a guard and three publicists, amounting to a total of 14 employees, including Coulibaly. She says that increases in her sales have led to increases in her staff.

Other examples of people who have benefited from government aid are Mamadou Diallo, who grows fruit on his own plot of land. Diallo said he would work in agriculture without government help, but would not be producing as much. Mamadou received seedlings for a new type of papaya that comes from Burkina Faso. This type of papaya produces more fruit in less time.

Along with seedling and financial aid, people such as Mamadou and Coulibaly also receive technical advice on irrigation and how to care for their crops for improved productivity. They may also receive advice on other crops they can grow.

Agriculture in Mali is likely to increase with the continued support of the World Bank. It could, perhaps, also benefit from private investors from the United States who may benefit from Mali’s agricultural produce. Financial support from the United States toward the reduction of poverty and promotion of industry may also foster the growth of an important friendship which may be beneficial in an unstable part of the globe.