Tag Archive for: Malnutrition In Iran 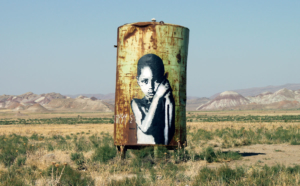 A 1965 study found that 31 percent of children under the age of five who were admitted to hospitals in Tehran during 1965 were suffering from malnutrition, leading to nearly 100 deaths. Moreover, as much as 53 percent of women and girls suffered from anemia around the same time.

Today, though, Iran has the lowest rate of childhood malnutrition in the region that includes the Middle East and North Africa. Roughly four percent of Iranian children are malnourished, a dramatic decrease from the percentages in the 1960s. Adequate vitamin A consumption is the norm, and 99 percent of households consume iodized salt, which provides the iodine necessary for proper brain development in children.

Thus, Iran was remarkably successful in dealing with the malnutrition problem. However, there is still much room for improvement. Iran still demonstrates what one might term “provincial malnutrition.”

For example, the province of Hormuzgan has a rate of underweight children triple that of the country’s average rate. In Sistan-Baluchestan, 21 percent of children will not grow to their full height potential because of malnutrition.

It is a common phenomenon: malnutrition reduction in urban areas and the lack of reduction (or the opposite) in rural areas.

Certain population groups, such as the large Afghan refugee population in Iran, are struggling with food insecurity and higher levels of malnutrition as well. Wasting among Afghan refugee children was found to be 12.7 percent, higher than the urban average. The diet diversity of refugee families is poor, too; around 15 percent of households go without fruits and vegetables for spans longer than a month.

Another population group, the elderly, was also found to have higher levels of malnutrition than the national average.

The reduction of malnutrition in Iran has not been universal, then. And even in urban areas, where people are more food secure, another problem related to malnutrition has appeared—namely, obesity. The obesity rate among children in the cities doubled during the past decade, and obesity is compatible and even correlated with malnutrition.

Fortunately, one expert, Dr. Zahra Abdollahi, the Health Ministry’s deputy for improving nutrition, is working to make the reduction of malnutrition in certain provinces a priority.

Ensuring such a reduction would improve children’s school performance and overall quality of life, according to Abdollahi. It would also improve the health of mothers and newborns, an area for needed improvement across the globe.

One major obstacle these efforts will face is Iran’s increasing population. Iran’s population of over 80 million strains the government’s ability to feed everyone in part because of its heavy reliance on grain imports. Reducing malnutrition requires increasing food security, a requirement that unsustainable population growth makes difficult to achieve.