Tag Archive for: Malnutrition in Ghana 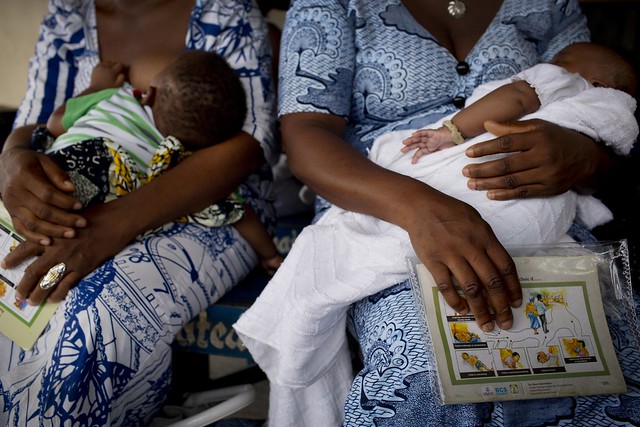 Malnutrition in Ghana has cost its economy $2.6 billion annually or 6.4% of gross domestic product (GDP) due to increased health care costs, additional burdens on the educational system and lower productivity by its workforce, according to a new United Nations report.

In the Northern Region, malnutrition is much more prevalent with 20 percent of children under five being underweight. As a result, there is a high stunting rate of 32.4 percent. The region is also plagued by high rate of micronutrient deficiencies such as anemia and vitamin A deficiency.

The USAID Resiliency in Northern Ghana (RING), a collaborative project dedicated to sustainably reducing poverty and improving livelihoods and nutritional status of vulnerable populations, called for exclusive breastfeeding to combat malnutrition in Ghana.

“Mothers should stick to [exclusive] breastfeeding for the first six months after which they can introduce the sour foods to children,” nutrition officer of the USAID-RING Project, Kristen Kappos underscored.

According to a recent study, knowledge gaps in key nutritional areas, especially infant and young child feeding, are the main reason leading to a low rate of exclusive breastfeeding in Ghana.

About 26% of the mothers studied were unable to define exclusive breastfeeding and 22% of them said breastmilk only was not sufficient to meet the nutritional needs of the child. They believed that the child may not be satisfied and could die if fed with only breastmilk for six months. Nearly 90% of the mothers did not know that breast milk could be expressed, stored safely and given to the child when the mothers were absent.

In addition, cultural factors also create challenges for mothers to breastfeed. The majority of the mothers showed a lack of confidence in expressing and storing breastmilk, a taboo in the local context. 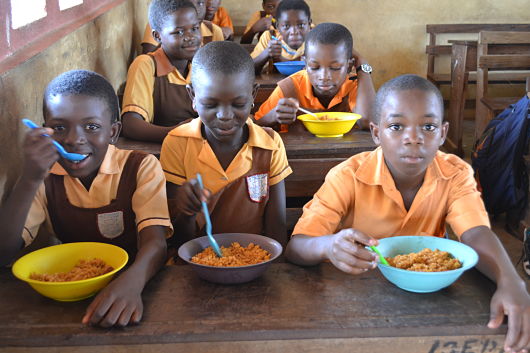 In countries with historically high rates of malnutrition, new technologies and partnerships are improving access to nutritious foods, empowering community members and helping children become higher achievers. Through support from the World Food Project, World Bank and Bill and Melinda Gates Foundation, countries such as Ghana are stepping up efforts to improve in-school feeding ventures that use produce from local farmers. One program, known as Home Grown School Feeding (HGSF), feeds an estimated 386 million children each day. Through providing children with free meals during school, this venture improves their chances of staying and succeeding in school. This supports local farmers as well in that it creates a reliable, constant market to which growers can sell their produce. The effects of such an initiative reach further along the food supply chain, securing jobs and welfare for local caterers who have begun signing contracts with governments and growers alike.

One of the 20 African countries implementing the HGSF program, Ghana provides meals to 1.7 million children each day, but continues to face malnutrition issues. To address this, the Partnership for Child Development at Imperial College London and the Dubai Cares Foundation has begun collaboration with the Ghanian government to implement an approach that educates communities on good nutrition. The Partnership has released a simple tool, the School Meals Planner, that allows users to create and price meals that are made from local produce. This Planner uses simple graphics to show how nutritious a meal is based on health standards set in place by the World Health Organzation. Further, the planner uses “handy measurements”- tools such as buckets and spoons- that allow families to cook using household appliances rather than expensive equipment. The simplicity of this initiative and its availability both on- and off-line makes it accessible to school budget planners, caterers and families.

The Partnership has also started training community members in health and nutrition to extend the reach of HGSF to entire households. Through community meetings, posters and radio advertisements, more and more people are becoming educated on how to eat right and give their families the nutrients they need. Mercy Awonor, a mother of two from Accra, the capital of Ghana, says the initiative has helped her distinguish between healthy and unhealthy foods when cooking for her family. “My children also know what is good for them,” she says. “If I return from the market without fruit for them they will complain or cry until I get some for them. I tell them they are spoilt but really I’m pleased because I know they will grow strong and healthy.” Through programs like Home Grown School Feeding in collaboration with School Meals Planner, Ghana has implemented low-cost plans that optimize community benefit and engagement through educating people on healthy eating, employing crop growers and caterers and ensuring children are receiving the nutrition they need to prosper in their schools and homes.