Tag Archive for: Malnutrition in Ethiopia 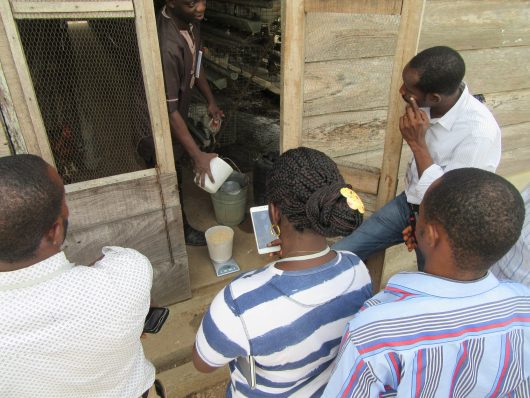 As a result of systemic exploitation from past and present world systems, most East African nations are entrenched in a cycle of poverty. This cycle often forces such nations to struggle mightily with child malnourishment and Ethiopia is no exception. Although the rate of malnutrition in Ethiopia has dropped seven percent between 2005 and 2011, malnutrition, on the whole, is still so widespread that an estimated 44% of children under the age of five still suffer from growth stunting alone. This harsh reality has prompted USAID to enter the scene in 2011 and 2012, with several programs meant to address various factors such as nutritional (mis)education and storage practices, which contribute to such high rates of child malnutrition.

Further, it is especially significant to note that Ethiopia is the second-most populous nation in Africa, making the weight of this fight with malnutrition even heavier on multiple levels. From an economic standpoint, the effects of such a high prevalence of malnutrition are catastrophic. In fact, the Ethiopian workforce has declined by eight percent due to child mortality related to malnourishment.

Such is an astounding figure; its impact is incredibly significant for the nation’s economy, as losing such a substantial amount of its potential workforce ultimately inhibits the extent to which the nation can grow within the current capitalist world system. Not only that, but a hefty 16.5% of Ethiopia’s annual GDP goes towards various costs related to child malnutrition. Thus, not only is malnutrition limiting the successes of the future workforce, it is actively mitigating the successes of the present one.

One of the major challenges the nation faces in addressing the issue of malnutrition in Ethiopia is the overall lack of protein in typical diets. This is largely due to a scarcity of meat and a high death rate among chickens in particular — indigenous chicken breeds have a survival rate of just 50%. Consequently, chicken supplies — and the protein chickens provide — are minimal at best.

Yet, an incredible company, Mekelle Farms, has arisen as a result of this challenge. Mekelle Farms produces chickens that are both more fertile and more disease-resistant than local chicken breeds. After raising the chickens for 40 days, Mekelle partners with local governments to sell the chickens to smallholder farmers and rural families. These chickens not only produce up to five times more eggs than their traditional counterparts, they also double the income of those who possess them.

Through their production of more sustainable and successful chickens, Mekelle is actively fighting malnutrition by both increasing the chicken supply (and thus increasing the protein supply) within struggling communities and also improving the economic status of those who own said chickens. This is undeniably a catalyst for change and growth within these communities that are most heavily affected by malnutrition in Ethiopia.

There is still an immense amount of work to be done, as the reality still stands that 3.1 million Ethiopian children under the age of five will be killed by malnutrition every year. But there is much hope going forward, as companies like Mekelle Farms enter the market and engage in the fight against hunger and malnutrition.