Tag Archive for: Malnutrition In Burundi 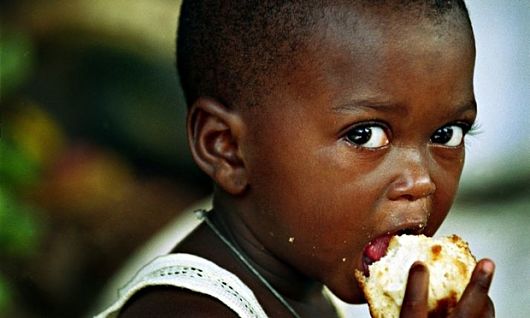 Populated with over 10 million people, Burundi is a densely packed, landlocked East African country with the worst rates of malnutrition in the world.

Burundi was rated the world’s leading nation affected by hunger, according to the 2014 Global Hunger Index (GHI), a score calculated annually by the International Food Policy Research Institute. Plagued with political turmoil and prone to natural disasters, Burundi has seen rates of malnutrition increase in recent years. Despite global strides in combating malnutrition in recent history, Burundi is one of only four nations that has seen an increase in GHI from 1990 to 2014, indicating a worsening situation in the country. With 67.3 percent of the overall population undernourished, it is one of two countries with a hunger situation labeled “extremely alarming” in the study.

As the vast majority of Burundi’s population relies on agriculture, many of the country’s inhabitants combat food insecurity and malnutrition due to climate hazards, limited land access and limited crop diversity. Despite a constantly growing population, food production has stagnated at pre-1993 levels, according to the World Food Programme. Additionally, due to the rising costs of food — the price of beans increased by nearly 50 percent in recent years — the average household now spends over 70 percent of its income on food. While the nation’s government has programs in place to assist in the fight against malnutrition, it is growing increasingly costly for the country to deal with the worsening problem.

Common causes of malnutrition in the country include kwashiorkor and marasmus, both of which can stunt development and can be life-threatening if not treated. Although women and young children are most at risk for diseases caused by malnutrition, many men are also affected.

Additionally, many children and women suffer from a lack of micronutrients in their diets. In the first two years of life, it is especially crucial for children to get sufficient amounts of micronutrients such as iron, Vitamin A, iodine and zinc. Such nutrients are critical for physical growth and intellectual development.

Anemia is one of the biggest deficiency problems currently faced in Burundi, with 56 percent of children under the age of 5, and 47 percent of pregnant women anemic, according to the World Bank. Additionally, nearly half of the population as a whole is at risk for insufficient zinc intake, and a quarter of the country’s children under 5 and 12 percent of women are Vitamin A deficient. Although the effects of these deficiencies are less dire in the short term, they contribute to life-threatening illnesses and issues.

In order to address the problems of malnutrition in Burundi, the World Bank recommends extensive vitamin A supplementation and deworming in children under 5-years-old and increased iron supplementation for pregnant women. While about 96 percent of households are already consuming iodized salt, the World Bank recommends “universal salt iodization” in order to control iodine deficiency and avoid IQ loss in young children. Working to increase market and infrastructure development to promote dietary diversity can also combat issues with malnourishment.

Education and counseling services can also serve to improve feeding habits for children under five years old. While Burundi sees a lack of gender equality in most sects of life, women are still seen to have a strong maternal role in the family. UNICEF found that children of mothers with at least a primary level of education have 94 percent of fewer risks of growth stunting from malnutrition than children of mothers with no education. The study showed that mothers with some level of education had been proactive in managing malnutrition than other mothers, recognizing the importance of good breastfeeding habits, clean living and staggering pregnancies.

Since 2005, the Ministry of Health has emphasized building community-based infrastructure to screen for and treat acute malnutrition. Many organizations are also working with the Burundi government to increase education programs for mothers in order to deal with the country’s chronic malnutrition. In 2012, Burundi signed on to the Scaling up Nutrition initiative, which works with the United Nations, civil society, donors, businesses and researchers to work with communities on this issue. The initiative involves an interdisciplinary approach to combating malnutrition. Burundi’s approach, as established through the initiative, involves working to protect maternity leave, create legislation on the marketing of breast milk substitute, establish national directives on food, diversify and increase its food production, and increase nutrition education. The established goal in 2012 was to reduce malnutrition rates by 10 percent by 2016. No information has been released by Scaling up Nutrition or by the Burundian government on the progress of this goal.