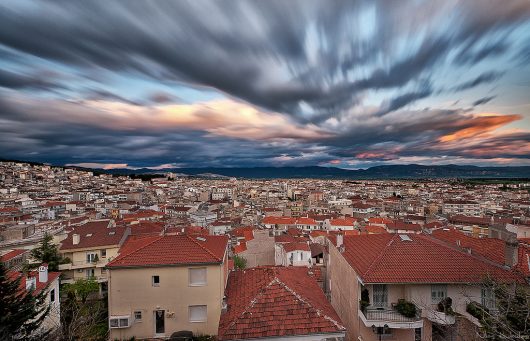 Just north of Greece in southeastern Europe lies the mountainous country of Macedonia, carved by rocky valleys and three large freshwater rivers. The country has a population of 2.1 million people, most of whom have been suffering a few notches below the poverty line. Looking at the Macedonia poverty rate will shed some light on what can be done to better people’s lives.

An estimated 21.5 percent of the Macedonian population lives below the poverty line, per the most recent data. In 2008, the rate was only 1.3 percent. A majority of impoverished people in Macedonia live on only $1.90 per day. Additionally, the country has a poor history of income distribution, as the poorest 20 percent of the population make only one quarter of the income of the richest sector of the population.

Rural poverty is the most rampant in Macedonia, where 40 percent of the population and two-thirds of the country’s poor lives. People in these areas either make their living off of small-scale farming and livestock production or they are among the rural unemployed. Farmers can usually provide only enough food for their families plus a small surplus for selling, while the unemployed have no accessible employment or resources in the rural community. Rural markets have always suffered and, in turn, so has the economic production of agriculture since the collapse of the country’s communist system and the Yugoslav republic divided. Financial resources to bring small farmers back to business then became almost nonexistent. The International Fund for Agricultural Development concludes that the major causes of poverty in the country are massive unemployment following the collapse of the command economy, lack of technical and financial resources for improving agriculture and lack of access to local and international markets for products.

Reports in the last several years note the deepening poverty crisis in Macedonia, which particularly affects young people and families with small children. The poverty rate in 2011 was 30.4 percent, or one in three Macedonians, with more than 40 percent of people under 39 years old being poor. There was also a spike in the percentage of poor married couples with children from 28.9 percent to 35.1 percent between 2010 and 2011. Almost half of all poor people in the country live in small households with five or more family members, creating a worrying trend of families with low incomes and many mouths to feed but not enough resources.

Because they live in low-income households, children and youth are the most adversely affected. A study by UNICEF in 2006 elects that child poverty leads to social exclusion, risky behaviors during adolescence and vulnerability to exploitation. Children are more susceptible to the results of being dependent on an impoverished family: lack of education and future employment, inaccessible resources and support, little food and clean water to nourish growing minds and bodies and declining emotional and physical development. However, UNICEF strongly urges that child poverty become a central point of national policy. Constraints on the country’s progress in alleviating poverty include poor financial management, little public expenditure on healthcare and education, lack of social protection and inadequate legislative and institutional framework which might bring balance back to at-risk families and children. This and other studies on the Macedonia poverty rate reveal the the impacts of poverty on families and individuals are largely irreversible.

By addressing the situation of poverty in Macedonia, the hope for change lies in reform, stronger protective legislation, broader income distribution and an eye-opening call to action benefiting the poor in this country.