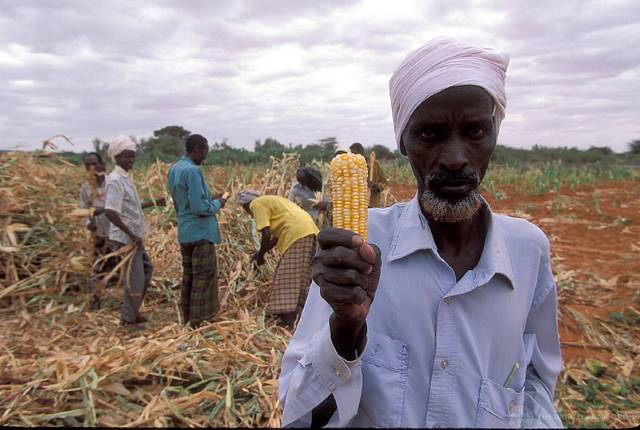 During the past several years, Eastern Africa has experienced the worst swarms the region has seen in decades. Typically, the arid desert environment kills off locusts but multiple tropical cyclones have hit the region thereby creating wetter soil conditions that are more hospitable for these insects. Due to the weather patterns within the last few years, several overwhelming locust plagues have occurred. Not only are the swarms of locusts unsettling and bothersome, but they threaten food security and the livelihoods of the people within the affected regions.

The Impact of Locust Plagues

One of the most troubling effects of the locust swarms is their consumption of green vegetation, in particular, crops within agricultural regions and pastoral communities. In a single day, a swarm of locusts that covers one square kilometer can consume more food than 35,000 people would in the same time frame. In a region already affected by food insecurity, the locust outbreak only exacerbates the problem and could potentially lead to five million people in Africa facing starvation.

In order to fight locusts, governments often resort to aerial or on-the-ground pesticide spraying. While The Desert Locust Control Organization for Eastern Africa exists specifically to take these actions, there are many obstacles in the way.

How the United States Can Help

Given the lack of resources of many East African countries and the additional impact of COVID-19 on these countries, it is necessary for developed countries like the United States to provide aid. Fortunately, a bipartisan bill aimed at doing just that is currently moving through the House of Representatives.

On June 18, 2020, Rep. Christopher Smith and Rep. Karen Bass introduced H.R. 7276, the East Africa Locust Eradication Act. This bill seeks to create an interagency working group that would form a thorough plan to eradicate current locust plagues as well as create an infrastructure to prevent future outbreaks. Should the bill pass, the interagency group would consist of members from the Department of Agriculture, the Agency for International Development (USAID), the U.N. Food and Agriculture Organization (FAO) and more. Additionally, the interagency group would work with regional governments and international organizations in order to develop a comprehensive eradication and prevention plan for the entire affected region.

Currently, regional governments and international nongovernmental organizations have taken a disjointed response to the outbreaks. For example, the International Rescue Committee (IRC) is working on the ground in the East African region to provide direct support to farmers and help some of the most vulnerable people survive. However, without a comprehensive, multilateral and international plan to address the locust outbreak, the IRC’s measures to support communities will be insufficient.

For this reason, it is essential that Congress pass the East Africa Locust Eradication Act. United States aid as well as aid from other developed countries is required in order to save millions of people from the effects of the worst locust plague the region has seen in decades.