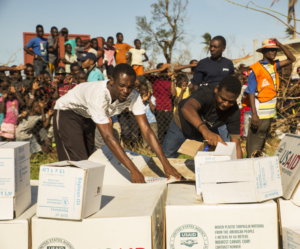 A 2021 survey found that Haitians want to play a bigger decision-making role in the delivery of humanitarian aid to ensure its effectiveness. The majority of respondents not only want to see more localized aid in Haiti but greater transparency in aid distribution.

In August 2021, a 7.2 magnitude earthquake hit Haiti in the southern peninsula, leaving hundreds of thousands needing emergency assistance. A month after the earthquake struck, Ground Truth Solutions conducted a survey in partnership with The New Humanitarian. Their goal was to interview locals grievously affected by the disaster and their response to foreign aid and humanitarian efforts. After gaining feedback from 1,251 local Haitians, data found that those surveyed felt humanitarian aid “fell short of their expectations.”

The survey found that humanitarian aid for emergencies and other dire disasters often does not align with locals’ “long-term (or even medium-term) priorities.” Only 14% of respondents said they understood how decisions were made regarding who would receive aid and who would not. Additionally, 64% of respondents said that this type of emergency aid does not help their communities sustain an independent development pathway.

Additional responses affirm that Haitians want autonomous development and decision-making in the form of localized aid. They prefer programs that support the independent growth of their communities and oppose the idea of becoming overly dependent on foreign aid. While the survey showed that respondents overwhelmingly support the belief that “Haitians themselves, not foreign aid, should help each other in future disasters,” respondents concurrently felt that foreign assistance does little to prepare local communities for autonomous development.

One of the projects already implemented by the U.S. Agency for International Development that prioritizes community inclusion and localized aid in Haiti is the Atteindre (Attain) Project. In partnership with Mennonite Economic Development Associates, this project intends to help empower small local businesses in Haiti; funds will go toward supporting small businesses “develop business plans, access bank loans, [and] become formalized,” which will help increase their profits and Haiti’s overall economy. The Atteindre Project aligns with efforts for localized aid by working directly with Haitian organizations and helping business service providers. With support from USAID and MEDA, grants will be awarded to Haitian providers such as STRATÈGE, Agence d’Investissement et de Développement d’Entreprises, and Centre d’Entrepreneurship et de Leadership en Haïti to help support thousands of small, underserved businesses across Haiti with assistance, training and technical support.

USAID recently announced its broader commitment to greater inclusivity and diversity in aid delivery across the globe. In a speech delivered on Nov. 4, 2021, Samantha Power, the administrator of USAID, vowed that the agency’s new path to “inclusive [international] development” focuses on making aid more accessible, equitable and responsible. In doing so, USAID commits to making international aid more responsive to local communities and prioritizing “listen[ing] to what our partners in the countries where we work are asking of us.”

Power says that moving forward, USAID commits to allocating at least one-fourth of its funds directly to local partners over the next four years and that by the end of the decade, at least 50% of their funds will help “place local communities in the lead to either codesign a project, set priorities, drive implementation or evaluate the impact of [their] programs.”