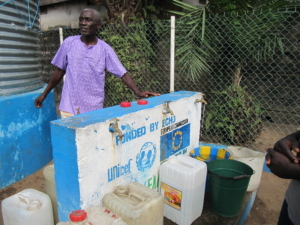 Sierra Leone is a small, tropical country located on the west coast of Africa. Despite its six-month “wet season,” characterized by 90% humidity and torrential rainfall, Sierra Leone struggles to provide quality drinking water to its citizens. As of 2019, the Centers for Disease Control and Prevention (CDC) reports that 98% of Sierra Leoneans do not have access to clean drinking water and that “most households lack basic sanitation.” Fortunately, there are many organizations, both internal and external, that are seeking to combat poor water quality in Sierra Leone. These organizations utilize five strategies to broaden access to clean water.

Historically, Sierra Leone has faced many obstacles, including civil war, extreme seasonal weather and devastating outbreaks of the Ebola virus and COVID-19. However, the small African nation is taking great measures to improve the water quality in Sierra Leone so that its citizens have access to clean, safe drinking water all year round.