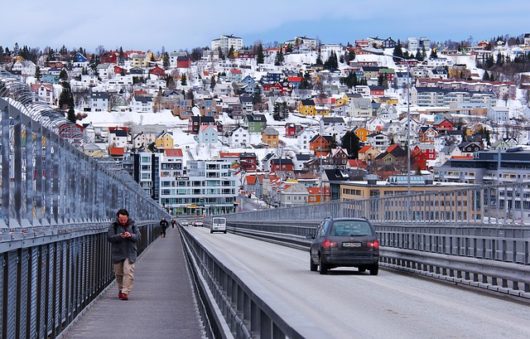 The Northern European country of Norway is well-known for having high standards of living in terms of health care, education and in several other categories. These top 10 facts about living conditions in Norway presented in the text below highlight just how much the country has achieved to date.

The top 10 facts about living conditions in Norway prove to be positive in most aspects. Although taxes are high, tuition-free public universities, lower cost of universal health care and a higher average annual salary balances this issue out. The higher than average life expectancy rate results from universal health care being easily accessible for all citizens, and how clean the water and air is in the country. Although one negative factor to point out is the increase of poverty rates, the Norwegian government strives to increase spending from its sovereign wealth fund to continue economic growth for the country.