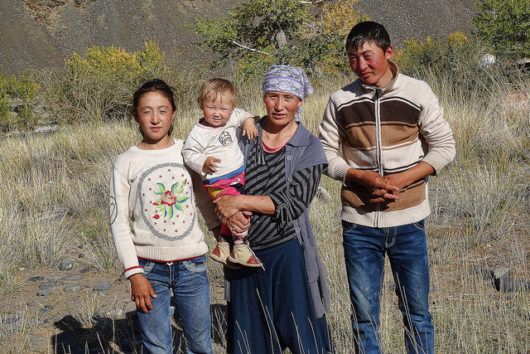 Mongolia is changing rapidly. A society that had a not so distant past defined by nomadic herding on the steppes has become heavily urbanized in only a few decades. Today, around 70 percent of Mongolians live in cities. Nearly half of the population lives in the capital of Ulaanbaatar alone.

This quick change was set in motion in the early 2000’s by a booming new mining industry that promised the opportunity for those willing to move to the cities. It hasn’t come without drawbacks, though. As the economy stalled in recent years, the steady stream of jobs and money dried up. Every year, thousands of Mongolians moved to the cities, but the cities weren’t ready for them.

Finding no place for themselves in the developed parts of cities, these people set up semi-permanent camp in ger districts on the outskirts. Gers are the traditional tent dwellings of Mongolian nomads. While they are tested against the harsh conditions of the Mongolian steppes, they have not adapted well to the urban environment.

Difficulties in the Ger Districts

Ger districts are home to a significant part of the Mongolian population. Nearly 800,000 people live in Ulaanbaatar’s ger districts alone. That’s more than 25 percent of all Mongolian citizens. With this in mind, the poor living conditions that these people face are especially concerning.

The districts have very limited access to utilities and infrastructure. Residents do have access to electricity, but they must purchase water from government kiosks. Waste removal is also inefficient and infrequent.

Few homes in the ger district can tap into to the city’s heating system. Around 85 percent of households rely on wood or coal-burning stoves for warmth. These stoves are inefficient and are a massive source of pollution, especially in the winter when they must be kept burning throughout the day. They are one of the primary reasons that Ulaanbaatar is one of the most polluted places in the world.

The hastily-constructed districts have poor transportation infrastructure as well. A lack of street lights means that crime rates rise after dark. Most roads are made of dirt and are difficult to keep passable and safe. Public transportation is rare, which leaves many people in the ger districts unable to travel to the schools and jobs that enticed them to cities in the first place.

Improving living conditions in the ger districts is a difficult task, but one that the Mongolian government is taking seriously.

One of the most straightforward ways to move forward is to develop apartment complexes for people living on the outskirts of cities. This would help address several problems at once.

Apartments are much easier to integrate into the city’s heating system. Bringing each ger into the system could cost from $2,000 to $4,000, while apartment units would only cost less than $500. Apartments are also better insulated than gers, which means heating would be cheaper and more efficient in the long run. Reducing the use of stoves necessary for so many gers could also mean a significant improvement in Ulaanbaatar’s pollution problem.

Unfortunately, the apartment-building strategy has several problems. Real estate is expensive and difficult to develop in Mongolian cities. The cost required to overcome these challenges also often prices poor ger district residents out of apartments once they are built. Financial services like mortgages are unavailable, which further compounds the problem.

However, while the long-term transition of ger residents into modern living spaces will require both time and economic reforms, many smaller programs have already been able to help people in their daily lives.

An example is the World Bank’s Ulaanbaatar Clean Air Project. The project provided home insulation and almost 200,000 energy-efficient stoves to the capital’s ger districts. After the project, air pollution in the city dropped for four years in a row. Pollution is on the rise again today thanks to a steadily increasing population, but the project is proof that even more moderate interventions can make a big difference.

This year, the Asian Development Bank announced the $80 million loan to develop sustainable, eco-friendly mini-districts within the larger Ulaanbaatar ger districts. Other international groups like the United Nations Development Program (UNDP) and the International Finance Corporation (IFC) have also offered aid to the Mongolian government with financing and infrastructure.

It is clear that the problems faced by ger districts are complicated and will not be solved overnight. The Mongolian government and economy are still very young and development will need to be approached carefully.

However, while the people of the ger districts are caught in transition, they have not been forgotten. Improvements are already being made and will continue to be made as long as the cooperation between Mongolia and the international community can continue. 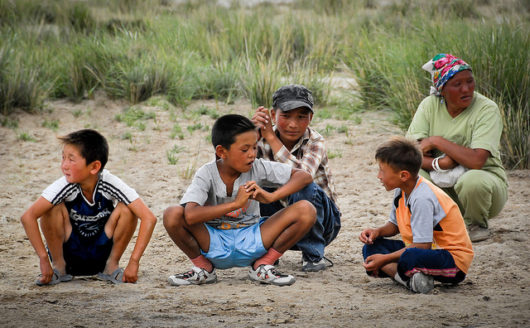