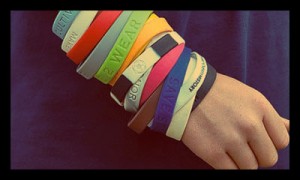 In a recent article about Australia’s giving of foreign aid, writer Chris Kenny wrote that “support for foreign aid can be the fiscal equivalent of Lance Armstrong’s Livestrong wristband – and like that gimmick, its true standing can be just as flimsy.” Is foreign aid wasteful and superfluous? Is it just something that we support so that others will think we are good and sympathetic people? No, not for The Borgen Project and not for many politically-minded Americans.

While there are people who may simply champion the giving of foreign aid to fight world hunger mainly to have others think more highly of them, that group does not represent a majority of foreign aid supporters. Active support for American foreign aid is something that our country is seriously lacking right now but those who keep working for the cause are adamant about the issues that are important to them. Sure, people feel good about helping others; and they should. Yet the primary reason that I’d argue that supporting foreign aid from any developed country is far more than a symbol like the famous rubber wristbands is that aid is not all about altruism. While the primary objective of giving aid is to help the recipients, the exchange also helps the donor. Giving foreign aid allows us to better our reputation in the international community, open and grow new markets for American business, and prevent military involvement. In fact, many high ranking military officials are in favor of continuing foreign aid. General David Petraeus has argued for the funding of USAID programs as he sees them as a crucial asset in the effort to protect the United States and its’ allies.

So, yes, some part of aid makes us feel good. Not that that is such a horrible thing, but the giving of foreign aid is anything but an empty gesture. Donor countries and aid recipients benefit in real ways as world governments and NGOs work to help the world’s poor.

Source: The Aulstralian
Photo: The Guardian