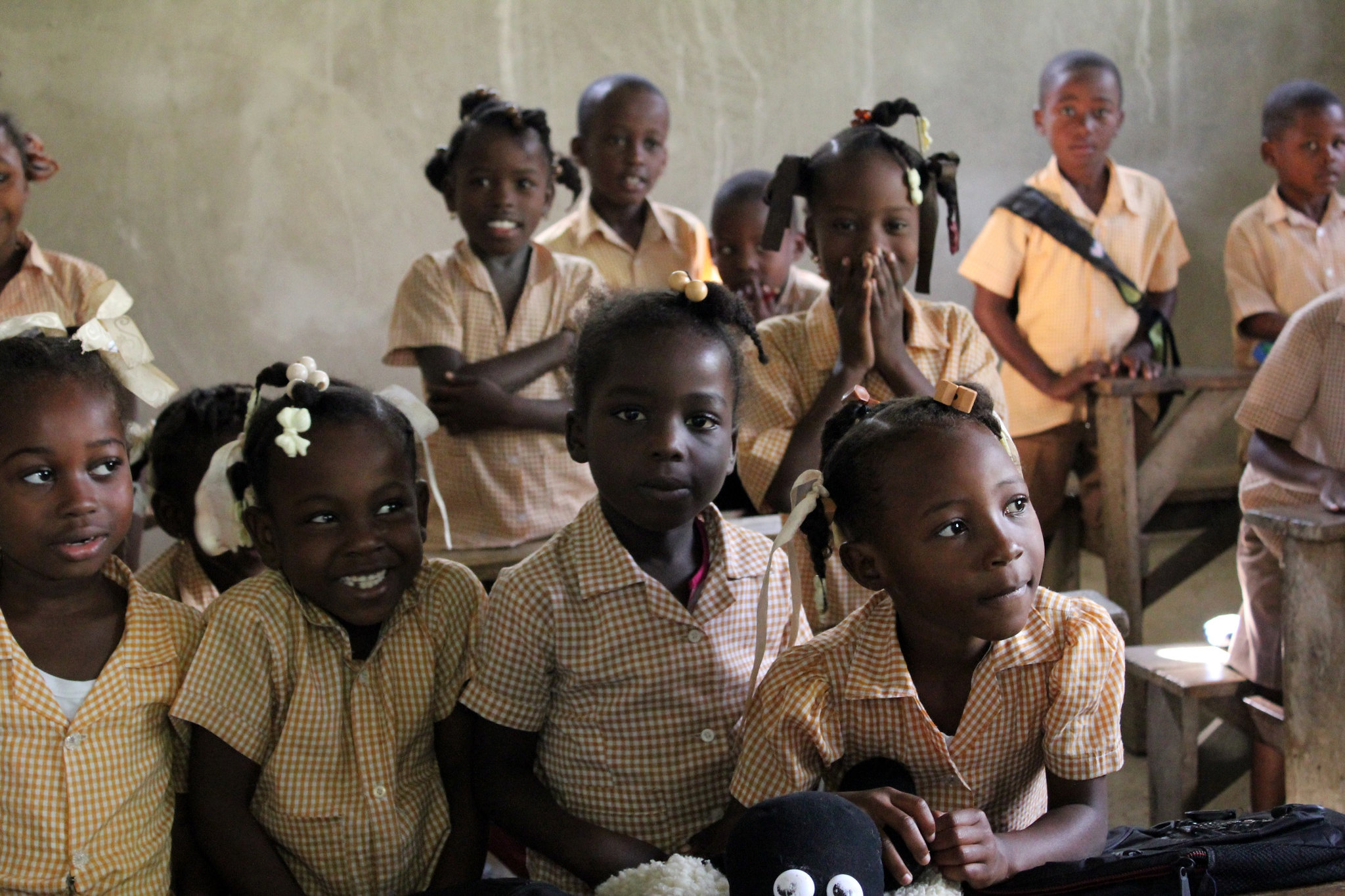 Due to the history of French colonization in Haiti, the French language and its influence have permeated many aspects of life in the country. The French language is very present in education in Haiti as a language of prestige and affluence. As a result, French was the language of instruction in schools, despite only 5% of the population speaking it. The most widely spoken language in Haiti, however, is Haitian Creole.

Called Kreyòl by its speakers, the language formed in the late 17th and early 18th century. Enslaved people from different linguistic backgrounds that came from Africa to Haiti used the language to communicate with each other. The language is a mix of French and various languages from the Niger-Congo language family, and it uses features from each of these tongues. Since then, the majority of Haitians have spoken the language, currently 95% of the population. However, despite the Haitian population speaking Haitian Creole as opposed to French, schools in Haiti have historically taught in French. More recently, though, efforts at enhancing education in Haiti have led to the use of Haitian Creole in schools.

Seeing as French colonizers historically viewed the language as broken French, the attitude around Haitian Creole became that it is the language of those with the least education. This stigma is not only false but damaging.

Haitian Creole is a legitimate language with its own phonological and grammatical characteristics and has an orthography system that emerged in 1979. However, due to the stigma, schools have used French as the language of instruction.

Haitian students often feel lost and discouraged when they have to learn school subjects in a language they barely know. This is why Haiti’s government announced a policy in 2015 to educate its students in Haitian Creole due to an agreement between Haiti’s Ministry of National Education and the Haitian Creole Academy. The Haitian government made this effort to help its children establish strong foundations in their native language through education, while also respecting their cultural identity. Once the children have these foundations, they may be able to more easily learn second languages, such as French.

While many schools still teach in French, the number of schools that are enhancing education in Haiti by teaching in Haitian Creole is on the rise. Liv Ouvè school in Port-au-Prince, Haiti is one school that has implemented this change for the better. In the past, children at this school have struggled with learning in French, which caused their educational performance to decline. Now at Liv Ouvè, teachers instruct in Haitian Creole, but still teach the basics of French in the context of their native language. This allows students to learn and practice both Haitian Creole and French without risking their educational success.

Another school in Haiti that conducts lessons in Haitian Creole is the Matenwa Community School. This school uses Haitian Creole for all instruction up until the third grade where the curriculum introduces French as a second language once the students have a set foundation. Unfortunately, not all books are in both French and Haitian Creole, but the school raises money to buy books specifically in Haitian Creole. A Haitian linguist, Michel DeGraff, found that the Matenwa student’s reading skills are nearly three times greater than the average score of 84 mainland schools.

Another school that has implemented this change in Haiti is the Louverture Cleary School in Croix-des-Bouquets. This Catholic boarding school in Haiti caters to students from poor neighborhoods by offering a tuition-free education. This school’s approach seeks to counteract illiteracy among Haitian youth by instructing students in Haitian Creole. By incorporating Haitian Creole into difficult subjects such as science and math, the school counteracts the idea that the language is not sophisticated enough for such subjects. This school has achieved a 98% rate of students passing national high school exams as opposed to the countrywide average of 30%.

Enhancing education in Haiti through the use of Haitian Creole both validates the linguistic identity of Haitians while ensuring that language is not a barrier in youth education. By using this language in schools, students have a better chance of succeeding academically, instead of struggling due to this linguistic barrier. Haitian Creole shows Haitian youth that their language is intelligent and important, and it gives them the opportunity to pursue the education they desire.