Tag Archive for: Literacy in Guyana 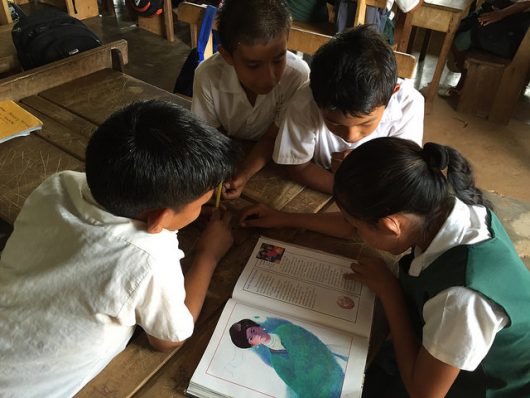 Howard Steven Friedman, a writer for the Huffington Post, stated in “America’s Poverty-Education Link” that poverty and education are linked as one and can be the determinant of the other. This means that without education, one is less likely to rise in social ranking in society. In fact, in the United States, 46 percent of Americans who failed to obtain college degrees remained in the lower income rankings.

Personal Testimonies of Education in Guyana

In The Borgen Project’s interview with Nadira Barclay, a student of Guyana, she stated her belief that “there are factors such as not having enough money to travel to school that affect your quality and quantity of education.” That being said, living in poverty takes away the means one may need to succeed educationally.

For Barclay, her education in Guyana brought her through only primary school — grades 1-6; since she lived in the countryside, the only way she would have been able to attend secondary school with minimal costs was to live with someone closer to the school. Due to the fact that she was a young girl, however, her father did not allow her to make the transition.

This is a prime example of the inconveniences students face while trying to pursue education in Guyana. Since Barclay only had a Primary school education, her ability and qualifications to work were limited, which is why today she works as a home health aide for the elderly.

On the other hand, Famida Sukhdeo, an individual Barclay cares for who is also from Guyana, explained, “I had to leave school to take care of my grandmother who was sick. I had to basically babysit her. I had to feed her, bathe her, and clean for her.” Sukhdeo’s case is one of many Guyanese women. For Sukhdeo, she spent her time in the workforce as a nanny, a job not far from what she had to do when she dropped out of school, due to her limited ability to read and write.

So far, readers have seen the issue of travel costs, sex and domestic responsibilities in relations to education. Both Barclay and Sukhdeo were women raised in poverty who did not have a choice but to comply to gender-based restrictions despite their want to pursue higher education, as their options were limited by their social standings.

Unlike the United States that requires all children to attend school of all levels — from elementary to high school — Guyana makes no such stipulations. In fact, only primary school, which serves children ages 6 to 11, is compulsory. After completion, adolescents are no longer required to attend school and mostly resort to performing domestic tasks such as housekeeping and raising cattle.

As of 2012, Guyana’s expenditure on education from the total GDP was 3.18 percent, 5.22 percent lower than in 2000. According to both Barclay and Sukdheo, back when they were living in Guyana, the government played a bigger role in promoting and supporting education. For instance: “They used to give out clothes, supplies and money to children for school, but all that has stopped.”

Since there is less effort being given towards education in Guyana, research demonstrates that as the age of the population increases, so does the illiteracy rate. As both Barclay and Sukhdeo were able to explain, their lack of education affected them in the long run, especially for employment.

As of 2002 and continuing to the present day, Global Partnership for Education, coordinated through the World Bank has begun working to improve the quality and quantity of education. This is being done by targeting areas: increasing the number of trained faculty, providing increased access to technology improving the conditions of physical facilities and so on.

So far, the Global Partnership for Education and the government of Guyana have agreed on two goals: increasing the learning outcomes for all regardless of background, and decreasing the differences of education received depending on factors, such as location.

By continually working with the Global Partnership for Education, education in Guyana will continue to improve as the awareness and importance of education spreads. Thanks to continued organizational efforts and a U.S. education-geared grant of $1.7 million, the quality of education and quality of life of its recipients should both hopefully improve.