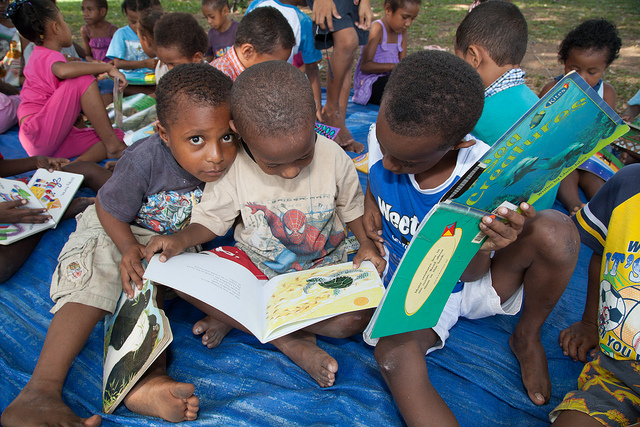 The ability to read and write is one that is vital to a person’s capacity to function and excel in today’s world. Better World Books, an online new and used book retailer, has set out to provide for this need. Through programs that supply books to those in need and the funding of educational efforts, Better World Books promotes literacy across the globe.

The Mission Of Better World Books

Better World Books was founded in 2002 by three University of Notre Dame students who began selling textbooks online to earn extra cash. However, the business quickly became a social enterprise focused on literacy.

Better World Books does not approach philanthropy like typical companies. A focus on social and environmental good is at the heart of the organization’s business model, not an extra cause tacked on. The company’s mission integrates a focus on literacy and education, so much so that they offer paid time off to employees who are volunteering.

Better World Books collects books from book drives, college campuses and libraries, helping divert used books out of landfills and back into the hands of readers. Additionally, any books not sold are recycled in an attempt to be earth-conscious.

For every book sold, Better World Books promotes literacy by donating a book to those in need. To date, the organization has donated 26,059,744 books to people around the world who do not typically have access to them. The company also gives grants and donations to projects that promote literacy, with a whopping $27,559,358 currently donated.

Better World Books promotes literacy with the help of three main partners: Books for Africa, Room to Read and The National Center for Families Learning. Each of these organizations has unique ways of promoting literacy and education worldwide which they are able to accomplish with the support of Better World Books.

Books for Africa’s mission is a simple one: bring an end to the “book famine” in Africa. Currently, the organization is the largest transporter of donated books to the African continent having shipped over 41 million books since the company began in 1988. Last year alone $2.5 million was used to send books to students all over Africa. The partnership that Better World Books has established with the organization has been impactful, allowing for more books to be provided to those in need.

Another partner of Better World Books, Room to Read, focuses on providing an education to children everywhere, specifically by increasing literacy and concentrating on gender equality. To date, 10.7 million children have benefitted from Room to Read’s programs, 8,703 teachers and librarians have been trained by the organization and 20.6 million books have been distributed.

Furthermore, Better World Books also partners with The Robinson Community Learning Center in South Bend, Indiana, The Prison Book Program and Ride for Reading. These smaller, domestic organizations were some of the first to benefit from Better World Books’ partnership and began the company’s interest in literacy.

With 750 million illiterate adults worldwide, the work Better World Books is doing is sorely needed. One of the United Nations Sustainable Development Goals is to ensure that all youth and most adults are literate and numerate by 2030. With the help of Better World Books, that goal seems more than attainable. 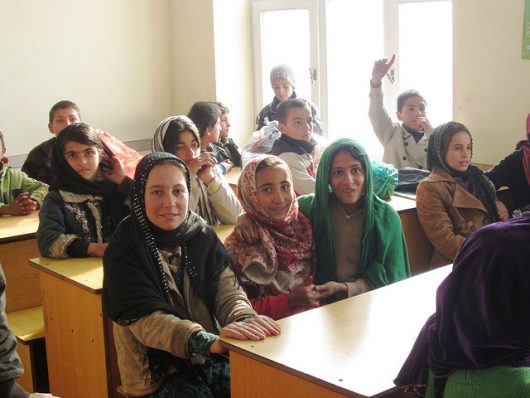 Using only a large bus, a young Oxford graduate has launched a mobile library in Kabul, Afghanistan, to bring the joys of reading and learning to children and adults alike. In a country where not everyone has the opportunity to go to school, this library is making a world of difference.

History of Instability Has Affected Children’s Education in Afghanistan

Kabul, the capital city of Afghanistan, has a history of violence. The nation has been marked by unstable governments and other violent groups, many of which plan attacks in the city of Kabul. Parents tend to keep their children behind closed doors to keep them safe.

Afghanistan also has a very low literacy rate, with only 36 percent of the population being able to read, and among women, this figure drops to 17 percent. Between three and five million children in Afghanistan are estimated to miss school this year, 85 percent of whom are young girls.

Freshta Karim, a public policy master’s graduate from Oxford University, saw this as an opportunity to help children in Kabul begin to learn and have fun. Karim grew up as a refugee in Pakistan, then returned to Afghanistan in 2002 after the fall of the Taliban. She says that she missed out on some childhood experiences due to the violence in the region and the inability of many to attend school. She recognized the importance of providing a space where children could be children and learn and grow as individuals.

With the help of a group of young educated volunteers, Karim launched the mobile library in Kabul in February 2018. The library is named Charmaghz, the Dari word for walnut, which in Afghan culture is associated with logic.

The library offers free access to more than 600 books in Dari, Pashto and English. In addition to books on many topics, there is access to board games, poetry, and music that allows children to learn about Afghan culture. Charmaghz stops at parks, schools and orphanages around Kabul for a few hours at a time, making two to three stops per day to provide access to as many children as possible.

In the first three weeks of operation, the library had more than 1,000 visitors. The library now draws approximately 300 people per day and has many regulars. Children come to learn, read and play with their friends, adults bring snacks and tea and volunteers come to lead sessions with children to discuss stories.

“It is beyond our beliefs and expectations how people love our program. We are humbled by their response. They appreciate and support it,” Karim said of the individuals who visit the library. Charmaghz was started to help a younger generation learn to read and broaden their horizons, and it seems the public is responding well to the new addition.

The team operating Charmaghz would like to ultimately expand. Currently, the mobile library in Kabul is financed by donations from Afghan professionals, and small donations from anyone who can afford to give anything. With this support, Karim believes expansion to other areas of Afghanistan, and providing more services, such as documentary screening, would be possible.

What started as a small effort to bring reading and learning opportunities to children in Kabul has become a staple of the community, encouraging children to grow and continue learning despite difficult circumstances. 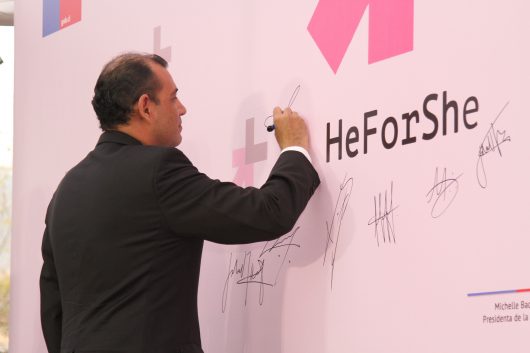