Tag Archive for: Literacy and Health 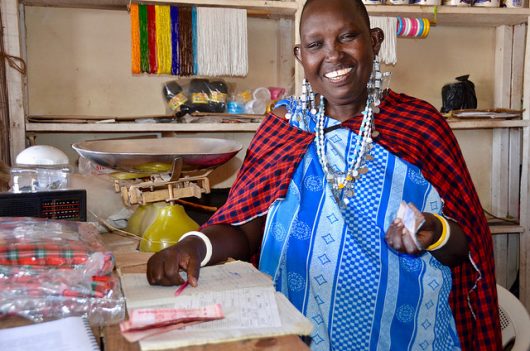 It seems an obvious statement to suggest that reading and writing can improve one’s life. Is it as obvious, however, that if everyone could read and write, 171 million people would be lifted out of poverty? These taken-for-granted, simple skills have the power to change our world. Literacy fights poverty in often unheralded ways and the effects of literacy reach beyond the walls of any classroom.

The Economy of Literacy

An economy’s success lies in the spending power of its people. This comes only through more opportunities, more developed skills, better employment and higher salaries.

Employment creation has proven to be the most effective tool in poverty reduction and better employment only comes through better education. In fact, on average, one year of education is estimated to increase wage earnings by 10 percent, and in places like sub-Saharan Africa, by as much as 13 percent.

The numbers are clear. While literacy fights poverty and helps to stabilize the economies of developing nations, illiteracy costs the world about $1.19 trillion every year.

Literacy fights poverty in the healthcare arena as well. Being literate helps people better understand health concerns and better educate themselves when it comes to healthcare. This is especially important in developing countries, where disease can dictate a cycle of poverty. The statistics linking literacy and generational health provide clarity:

Inequality, specifically gender inequality, stifles economies and prevents generational growth. Two-thirds of the illiterate population of the world are women. It is no surprise, given the destructive social dynamics of so many underdeveloped nations, that every year 15 million girls under the age of 18 are married. Often, these girls see this as their only option when they cannot afford a good education.

Educated women become empowered and take control of their own lives. Education fosters personal autonomy and creative and critical thinking skills, which provide a wider economy and community. According to the World Bank, better-educated women tend to be healthier, have fewer children and marry later in life.

Literacy fights poverty through the power of the possible. Without literacy, a lack of choices commits millions to a prison of doubt. Reading and writing have been proven to increase self-confidence, help make informed decisions and provide new job prospects.

Additionally, literacy provides distractions and new pathways away from the prospects of crime or child soldiery. In fact, literacy makes it 50 percent less likely that people will commit robbery or murder.

Overcoming obstacles of this magnitude takes an enormous amount of resiliency. Education provides the will-power to build it up. In a world where 123 million 15- to 24-year-olds cannot read, the need for literacy has never been more apparent.

The End of a Cycle: Literacy Fights Poverty

According to the United Nation’s Global Education Monitoring Report, new evidence suggests that increasing the years of schooling among adults by two years would help lift nearly 60 million people out of poverty. If ending poverty is the ultimate goal, it may well be that literacy is a starting point. Literacy allows other development goals to happen.

Literacy creates opportunities for people to develop skills to provide for themselves and their family, while at the same time positively impacting each generation through raised expectations and increased self-esteem. Literacy fights poverty much like the feet of a duck fight against the water beneath it. Though it may not always be seen, much work lies below the surface.