Tag Archive for: Life After Being a Child Soldier 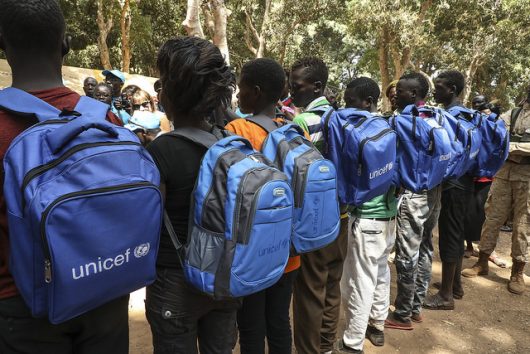 Historically, children have often been used in conflict and, up until the Middle Ages, most cultures considered them equivalent to small adults. As of 2017, seven countries actively used both boy and girl children for armed fighting. However, countries, governments and armies have heard the many voices that call for the absolution of child soldiers.

Just at the beginning of February 2018, a few hundred child soldiers were released in South Sudan; last year saw the release of over 5,000 child soldiers. While this is a great step towards human justice, life after being a child soldier is still a difficult journey as well. Here are five ways humanitarians and psychologists have found useful for creating a healthy environment post wartime experiences.

Child abductions are easy to classify as victimhood. While this title is true, it is only a small percentage of what the child has experienced. Children who escape their wartime prisons are survivors, and highlighting the importance of words helps shape a new identity in the life after being a child soldier. A victim can bring about a shame mentality and, depending on experiences, create ostracization.

The simple term ‘survivor’ puts an ex-child soldier in a different place in the world and in their own internal self-worth, as the word acknowledges what they have been through, while also underlines their strength. This phrase is much more preferable than than letting the one event — or victimhood — define them.

There is an overwhelming support and advocacy in the world for child soldiers. Many countries send people and finances to fight the use of child soldiers. Humanitarian aid can be amazing and overwhelmingly generous, but when the aid dries up (either people leave or funds are allocated elsewhere) it can leave some ex-child soldiers at risk again.

For example, typical Western group therapy can leave children more vulnerable if proper therapy is not continued afterward. Proper therapy can be difficult to follow through when a local solution and resources are not present and/or utilized.

Unstable environments put children at risk for being recruited or abducted into armies in the first place. When a child returns home, studies have shown a community’s acceptance or rejection can be key to the success for a survivor. Utilizing local traditions and ceremonies for the life after being a child soldier cement a child’s place in local society.

Embracing local traditions or customs and incorporating that into a healing process is also a public announcement that the child is welcomed and supported.

Many children are taken away from their home before they have a chance to finish school. Education is important because it brings normalcy back to the survivor’s life as well as prepares them for something other than fighting. Unfortunately, it is not always a perfect system.

A returning 16-year-old may feel shame if he or she needs to return to a 10-year old’s classroom. Fortunately, some towns have been able to create basic classes tailored for an older student.

This is still not completely reproducible as education, in general, is limited, but efforts have been made to create cheap and easy access to more educational opportunities.

Learning job skills is an important part of a survivor becoming successful in life post-war. Apprenticeship can be particularly useful in that it provides an education, community and small funds for food and shelter. Also, apprenticeship is reproducible and available for grown-up ex-child soldiers.

Apprenticeship has not been researched significantly compared to the importance of education or community, but the benefits of a job are acknowledged. Someone who has a skill and is able to provide for themselves and family become a part of society and prevent risk for later recruitment.

Children in at-risk areas are taken because their lack of fear, they are easy to control, and probably have little to no community support. Children returning home can find themselves in similar circumstances with the added trouble of psychological trauma. Finding ways to assist in lasting support for life after being a child soldier can transform ex-child soldiers into contributing members of society.

A combination of education and community with proper support are the key building blocks to taking back and reinventing the lives that armies stole in the children.