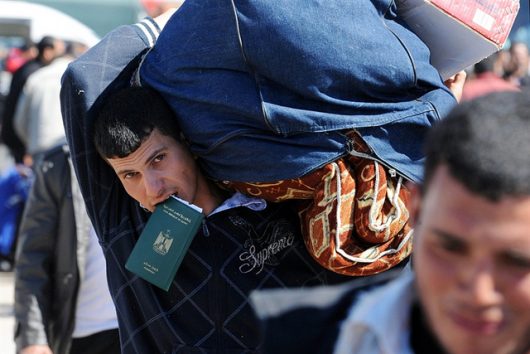 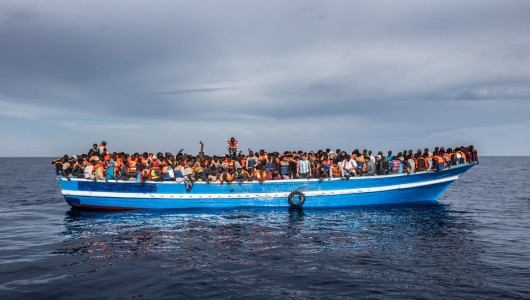 The distance from Benghazi to Sigonella, Sicily is 470 miles. On a small and inefficient fishing boat, that could be two to three weeks at sea. Ahmad, like all Libyan refugees, must be ready to endure an extremely dangerous voyage upon a vessel crammed over capacity. He must be ready to not have adequate water and food as he and many others navigate the perilous waves and winds of the Mediterranean Sea. In the back of his mind, he is aware that he may drown, like the 800 Libyan refugees in April of 2015 when their over-packed fishing boat capsized.

Yet, he is willing to make the sacrifice for a supposedly better life. So why are he and countless other Libyan refugees willing to drown at sea for this trip? The answer is not simply due to political violence and warring factions that fight for control of precious resources and cities. The situation is far more complex, but one of the main reasons is the inadequate aid that Libya’s health and educational systems are receiving after NATO’s military intervention in 2011.

In 2010, barring debates of human rights violations, Libya was considered an economic jewel of Northern Africa. Life expectancy was higher than anywhere else in Africa and the Middle East. Children between the ages of one and two years of age had a 98% immunization rate against measles, and 97% of the population had access to improved sanitation facilities.

Education was another bright spot for the nation. Women’s education was the most progressive in Northern Africa, where over 50% of university enrollment were women. According to data from the United Nations, primary-secondary enrollment ratio (female/male per 100) between 2006 and 2012 was 112.5 to 106.0.

Today, the educational system in Libya is in complete shambles. A United Nations High Commissioner for Refugees (UNHCR) spokesperson explained that one of the main areas of concern for Benghazi was the closure of over 60 schools and universities. Instead of teaching, many of the schools are now public housing for displaced Libyans. As the next generation becomes uneducated, they are more likely to join extremist groups in hopes of achieving work and status.

The lack of access to medical treatment is taking its toll on the country’s vulnerable population. In a World Health Organization (WHO) report from January 2015, Libya’s hospitals are overburdened with internally displaced persons (IDPs). There is an increasing strain on Emergency Medical Services (including obstetric care) and insufficient capacity of health services to cope with increasing numbers requiring emergency healthcare due to decreased staff numbers.

On top of the lack of staff and facilities, there is a significant risk of transmission of communicable disease (TB, HIV and possibly Ebola) through the thousands of illegal immigrants passing through Libya. The report also states that there is “an increased possibility of outbreaks (especially measles) due to the recent displacement and the disruption of the primary health care network in the main cities.”

Since the start of the year, there are an estimated 150,000 refugees migrating to Europe. That number is only likely to increase.

Countries such as Italy and Greece have been overwhelmed by the majority of refugees. On June 14 of this year, the Prime Minister of Italy, Matteo Renzi addressed the European Union (EU) insisting that “Europe’s answers have so far have not been good enough.” He urges the EU to aid in setting up refugee processing camps in Libya to help with the relocation process.

This is, however, not enough, as processing camps will eventually become overwhelmed with escaping refugees. More aid is needed to address the growing needs of the Libyan people. In March, WHO delivered medical supplies to help serve 250,000 people. The aid was donated by Italy and the Central Emergency Response Fund.

On May 21, the United Nations hunger relief agency delivered ten trucks with food and humanitarian relief. In conjunction with the World Food Programme, they aim to provide life-saving assistance to over 243,000 IDPs over the course of six months. Unfortunately, no aid was delivered in March and April due to lack of funding, and another $14 million is needed to ensure the food operation continues uninterrupted.

The United States and its allies must send foreign aid to Libya for the rebuilding of the health and education systems. Libya is slowly heading down the same path as Iraq and Syria. If no aid is sent, the migration pressure on Europe will become too strenuous, eventually affecting that region. If the Libyan people are not assisted and more take to the seas, the economic conditions will further worsen in Europe, which in turn, will not bode well for the United States.