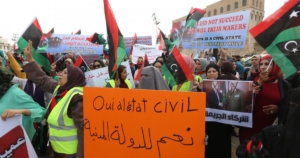 On Feb. 15, 2011, the first civil war in Libya, also known as the Libyan Revolution, began. The Libyan Revolution was fought between Muammar Gaddafi’s regime and opposing rebel forces who wanted to overthrow Gaddafi’s oppressive government. The war lasted over eight months until Gaddafi was captured and assassinated in October of that same year.

A year after the war ended, two major political groups emerged into power, the General National Congress and the House of Representatives, also known as the Tobruk government. The HoR allies with General Khalifa Haftar, the head of the Libyan National Army whose leadership resembles that of Gaddafi’s.

As rival governments, the GNC and the HoR both seek control over Libyan territory and oil. Consequently, the Libyan Political Agreement was proposed to resolve the conflict, mandating the division of power between both governments. Under these terms, The Presidency Council was created. The PC presides the United Nations-backed Government of National Accord (GNA) and is currently led by Prime Minister Fayez al-Sarraj.

Despite the agreement, more violence and instability ensued in Libya. Nevertheless, major actors like Haftar continue to violate terms mandated by the agreement. In particular, Haftar rejects the LPA and continues to oppose the GNC. In 2014, Haftar launched Operation Dignity, a campaign against Islamist militias. However, Libya Dawn, a pro-Islamist coalition, opposes this campaign and also seeks control over Libyan territory.

This breakout of violence spawned a second civil war in Libya.

The Current State of Libya

Today, the battle between rival factions is still ongoing and further exacerbated by the presence of terrorist groups, including ISIS. These groups have gained footholds in Libyan territories and seek control, training and recruiting members on Libyan grounds.

Moreover, the GNA mobilizes local militias to fight Haftar’s more organized and disciplined army. At the end of 2018, casualties in Libya reached 7,695 deaths with as many as 20,000 injured.

Having lost control over most of eastern Libya, Haftar has expanded the LNA westward. In April, the LNA advanced into the capital of Tripoli. Haftar has also launched several airstrikes into the city. Since the invasion of Tripoli, the U.N. Health Agency reported that 443 people have been killed and 2,110 have been wounded.

The civil war in Libya has become an international issue, prompting the displacement of thousands of Libyans and causing a humanitarian crisis on the European border. About 90 percent of migrants crossing the Mediterranean Sea to Europe come from Libya. In 2018, the U.N. Refugee Agency reported that more than 1,111 migrants from Libya died or went missing while crossing the Mediterranean.

The European Union provides resources and training to Libyan coast guards to intercept migrant boats entering Europe. The coast guard sends refugees who are entering Europe back to Libyan detention centers, where they suffer inhumane conditions including torture, kidnap, rape and trafficking. Libyan detention centers hold nearly 6,000 migrants and asylum seekers. However, these migrants consist not only of Libyans, as Libya is a transit point for other migrants from Africa.

Aside from fleeing groups, nearly 1.3 million people in Libya are in need of humanitarian assistance. Thousands are living in unsafe conditions, according to the U.N. Refugee Agency. Within Libya alone, civil war has internally displaced 200,000 people as of October 2018.

The civil war in Libya is also highly diplomatic. All actors rely on external powers to support their efforts by providing funding and weapons. The civil war is sometimes seen as a proxy war between foreign powers because of their influence on internal actors.

The civil war in Libya impacts foreign powers, causing national security and economic concerns. Between ISIS’ increasing foothold in Libyan territory and thousands of refugees seeking asylum in Europe, the United States and the U.N. are concerned about national security. Additionally, many international oil companies rely on Libya’s oil production, and the conflict may disrupt oil prices.

Amid the violence and instability pervading Libya, several nonprofit organizations are working to mitigate the crisis. These organizations have committed to providing civilians aid and protection amid the civil war in Libya.

Among the organizations helping Libyan civilians is the International Rescue Committee. The IRC works on the ground, providing urgent care and protection to Libyans in conflict-ridden areas. Additionally, the IRC has multiple health centers and shelters across Libya that provide medical care and supplies.

The UNHCR, the U.N. Refugee Agency, is another organization helping civilians amid the conflict. The UNHCR aims to protect Libyan refugees by providing life-saving assistance, such as medical care and access to water and sanitation facilities, in 12 different disembarkation points in western Libya. The UNHCR works to resettle refugees and reunite families and advocates for alternatives to refugee detention centers, including care arrangements for children and family tracing. While conflict plagues Libya, the people of Libya can seek some hope and comfort in the efforts of nonprofits on the ground. 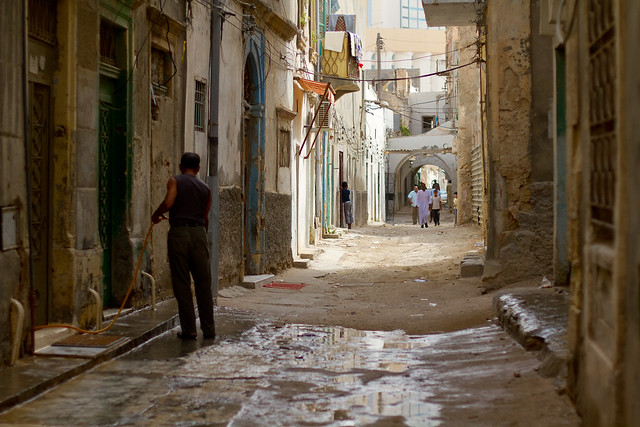 As conflicts in Libya move towards the capital, Tripoli, humanitarian organizations are working to help refugees in Tripoli. Thousands of residents in Tripoli are deserting their homes as the impending fighting poses safety concerns.

Since the toppling of Muammar Gaddafi’s regime in 2011, factions in Libya have battled for control of the country. The Libyan National Army (LNA), led by commander Khalifa Haftar is on the march to take territory from the internationally recognized government of Prime Minister Fayez al-Serraj. Now the LNA is moving closer to Tripoli, at times as close as seven miles south of the city.

The international community, such as the United Nations (U.N.), the U.S. government, and the European Union (EU) are concerned about Tripoli. In fact, these organizations are appealing for a ceasefire to avoid a bloody battle for the Libyan capital. The U.N. Secretary-General, Antonio Guterres, told reporters “We have a very dangerous situation and it is clear that we absolutely need to stop it.” U.N. workers have been meeting with faction members in an attempt to bring together a peace process that eventually results in elections.

Meanwhile, refugees in Tripoli, many of whom were in detention centers, are moving away from the capital to safe zones. The U.N. High Commission on Refugees (UNHCR) has already relocated more than 150 refugees.

In general, Libya is a major transit point for refugees from Africa trying to relocate to Europe. As a result of the conflicts in Tripoli, migration to Europe is increasing, as displacement is also increasing. In total, the U.N. reports 6,000 displaced peoples from Tripoli.

The U.N. is increasing the humanitarian response to help refugees in Tripoli. So far, 58 families have been evacuated. Additionally, the U.N. has established 12 shelters across Tripoli. They are working with the municipalities to find spaces for additional facilities. They anticipate that as the frontline shifts, some shelters will end up inside the conflict zone.

Together, the U.N. and the World Food Program (WFP), has collected enough food supplies to sustain 80,000 people for two weeks. That being said, as part of the Rapid Response Mechanism (RRM), the WFP and other humanitarian partners are planning to distribute two-week dry rations to 100 displaced households.

The U.N. has medical supplies stockpiled in four sites to provide treatment for up to 210,000 people. Six EMT teams are working across Libya to assist various hospitals. So far 15 civilian casualties have been recorded and verified by the U.N. A branch of the U.N., the U.N.’s Water Sanitation and Hygiene team (WASH) have hygiene kits stocked for up to 24,000 people.

Similarly, the World Health Organization (WHO) is providing field hospitals, ambulances, and medical supplies. Dr. Sayed Jaffar Hussain, the WHO representative in Libya, implored the global humanitarian community to help, saying, “We fear that prolonged conflict will lead to more casualties, drain the area’s limited supplies and further damage health infrastructure… We call on the international community to ensure adequate funding to support the current crisis.”

U.N.’s WASH is also working on the logistics of treating, storing and transporting water to different areas of Tripoli. Addressing these goals include utilizing collapsible water tanks, water trucks and purifying tablets. They are also working to negotiate with armed groups for the protection of water shipments, advocating that water should not be used as a weapon.

In unison, the International Organization for Migration (IOM) is working with the U.N. to find places for displaced people. In addition, the IOM and the U.N. are helping some families set up private accommodations or relocate to family members.

The safety and well being of refugees in Tripoli are progressing, as the conflict rages closer to the Lybian capital. However, as the international humanitarian community recognizes Libya’s need for aid, they are working to prepare a multi-faceted response to help those in need.