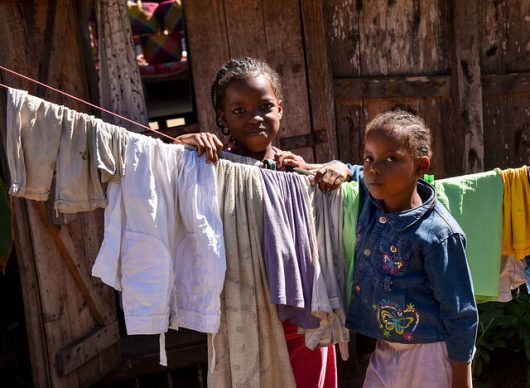 Chid Liberty, an entrepreneur, created the clothing manufacturing company Liberty & Justice. Its purpose is to not only change the manufacturing industry for many but also to empower others to continue their education. Instead of just thinking about how the clothes would be made, Chid also thought about the way their formation could change a society, piece by piece.

Liberty & Justice manufactures clothing for brands while focusing on making political and economic change in Liberia. Its directors are largely female, with 90 percent of the workforce being women, and its factory is fair trade certified. With its UNIFORM brand, every purchase provides a uniform for a child in Liberia so they may attend school. For a student, a uniform is not only a confidence boost but also reduces absenteeism and improves test scores, according to an MIT study.

Liberty & Justice is headquartered in New York City, but its owner and workers originate from Liberia. Chid said his calling was to return to Africa and provide decent jobs empowering fellow Africans. Taking advantage of the Africa Growth and Opportunity Act, he began exporting to the U.S., creating interest in his products.

What really began to spark interest was the treatment of Liberty & Justice workers. With the female workers being paid fair salaries and the collective workforce owning 49 percent of the shares in the company, Liberty & Justice set itself apart from companies exploiting the poor and taking advantage of necessity. Although the company owns 51 percent of the factory from which its clothing comes, Chid does not take a salary, instead focusing his earnings on his workers and incentivizing them to take pride in their business.

Liberty & Justice has a five-year social plan it intends to fulfill. It not only includes expanding the Liberian economy but also creating health clinics and providing scholarships for the same children it provides the uniforms. Chid himself was a privileged child, living in Europe and experiencing indulgences common in the Western world. Upon learning how people in his native country lived, he intended to provide as much as he could by giving back in the form of creating jobs.

Liberty & Justice is truly a corporation set on changing the Liberian story from one of poverty to one of growth and development. Chid created this goal with the intention of changing the story for the 70 percent of Liberians living in poverty and instead offering them a chance at a safe and fulfilling life.