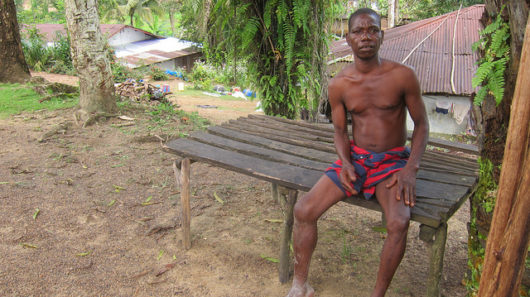 The Republic of Liberia, located on the western coast of Africa and bordered by Sierra Leone and Guinea, has a population of 4.7 million people. About 50 percent of the population, or 2.35 million people, fall below the national poverty line, meaning that they have less than $2.00 a day on their disposal.

Liberia’s health care system suffered a lot after a 14-year civil war that ended in 2003. Almost 95 percent of doctors were lost or were forced out of the country after the war, leaving staff shortages throughout the nation, and hospitals and other health care services were confined to the capital city of Monrovia. Organizations such as Hospitals of Hope that donated $1.1 million worth of medical supplies to the JFK Hospital, helped Liberia’s health care system recover after the civil war.

Although Liberia’s health care system continues to improve, the civil war left the country susceptible to many communicable diseases, including HIV/AIDS, diarrhea, respiratory illnesses and malaria. Malaria is the number one cause of inpatient death in Liberia, accounting for 44 percent of all inpatient deaths among children. In 2016, the prevalence of malaria parasitemia in children under the age of 5 was on average 45 percent. This number is even higher in some areas in the country, reaching levels over 60 percent.

In order to reduce malaria in Liberia, USAID works with the U.S. Centers for Disease Control and Prevention to implement the President’s Malaria Initiative (PMI). PMI first started in 2005 as a five-year program, intending to reduce malaria in Liberia by 50 percent. However, after 14 years and a 70 percent decrease in malaria, PMI created a new strategy for the period from 2015 to 2020, having in mind recent progress that was achieved. The current PMI strategy has a long-term goal of complete malaria elimination.

When it comes to treating malaria in Liberia, every little detail counts. In April 2017, a PMI warehouse used to store medications and medical supplies caught on fire, so USAID quickly transferred these supplies to the remaining warehouse. The result was a consolidated, centralized warehouse that made security and transportation cheaper and easier. This is just one example of how USAID and PMI are logistically jointly working to reduce malaria in Liberia. The goal of PMI in the following years is to reduce malaria-related illnesses and deaths by another 50 percent. Other goals for the benchmark year 2020 include:

Since 2003, Liberia has been slowly recovering from the detrimental civil wars, and episodes of malaria, an illness that is still a lingering issue in the country, have greatly decreased. With help from organizations and programs such as USAID and PMI, the country can continue to progress in this fight until malaria in Liberia is finally gone for good.