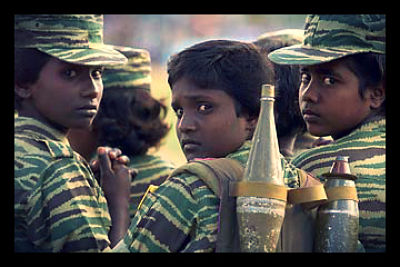 After 25 years, the civil war that plagued Sri Lanka and claimed thousands of lives is finally finished. The war, between the Sri Lankan government forces and the Tamil Tigers separatist group, is estimated to have killed over 40,000 people in its final months.

The long war was between the Sri Lanka government and the Liberation Tigers of Tamil Eelam (LTTE,) or simply the Tamil Tigers. The LTTE desired an independent state for the Tamil minority in Sri Lanka.

The Tamils claim to have been victimized by the Sinhalese majority once the country became fully independent in 1948.

But, just because the war is finished, does not mean its opponents are any less quiet. In fact, many human rights groups are accusing the Sri Lankan government of destroying mass burial sites in order to cover its fingerprints on various human rights abuses.

Australia’s Public Interest Advocacy Center detailed an in-depth report chronicling the various abuses perpetrated by both sides of the conflict. The Tamil Tigers have been accused of using civilians as human shields and recruiting child soldiers. While these violations are heinous, the report lays the majority of the blame at the feet of the Sri Lanka government forces.

A United Nations report shows the majority of those 40,000 killed in the war’s final months can mostly be attributed to government action.

The team of investigators highlight the years 2008 and 2009, where the Sri Lankan government is accused of mass civilian bombardment. For example, in 2009, civilians were blocked by rebel fighters from leaving the war zone; the government shelled the entire area.

U.N. satellite images show the area the government shelled was occupied by up to 50,000 noncombatants. The government forces are also accused of purposefully targeting hospitals as well as blocking food and medicine to civilians and miscounting the number of civilians located in the war zone.

The abuses have been noted by the United States Government, resulting in intensified relations between the two countries. Recently, the U.S. has floated the idea of a third U.N. resolution against Sri Lanka. It responded by denying a visa request for a State Department official.

The government remains obstinate in the face of international pressure. Its President Mahinda Rajapaksa stated that it would be a “great crime” to accuse the government of war crimes. He went as far as to say that those bringing these allegations against the Sri Lankan government shows they are “opposed to peace.”

It is uncertain where these U.N. resolutions will lead or if they will be effective at all in finding justice for the many thousands that were needlessly slaughtered by their own government.