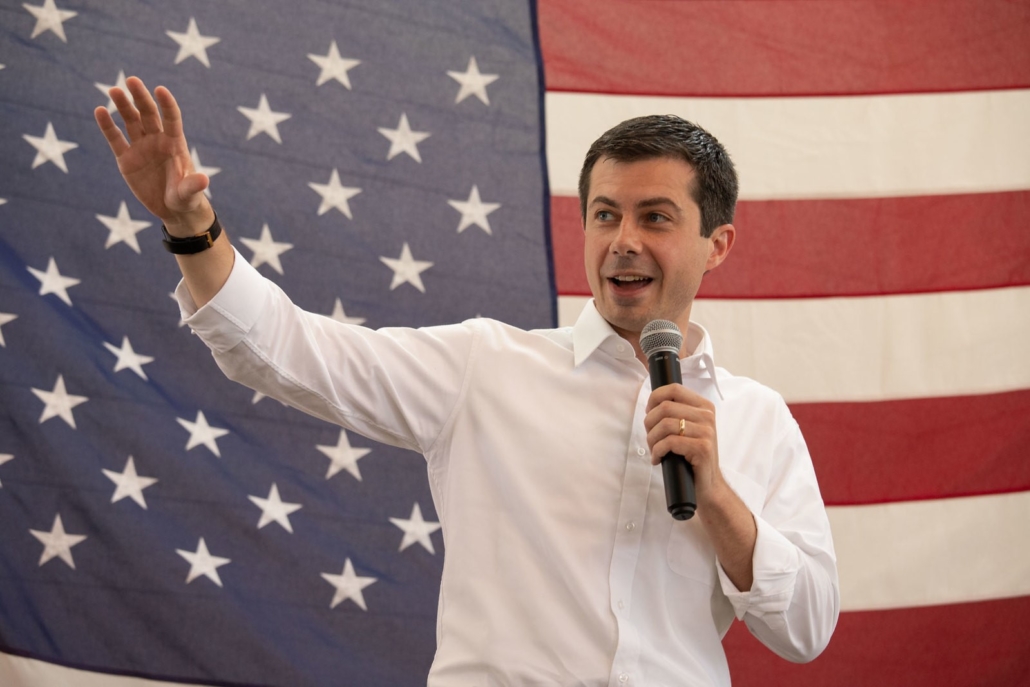 The youngest of the Democratic candidates running for office in the 2020 election, people widely know and consider candidate Pete Buttigieg for his professional and academic credentials. People commonly refer to Buttigieg as “Mayor Pete” due to his current occupation as South Bend, Indiana’s mayor, but he also speaks eight languages, including Norwegian, Maltese and Arabic. Buttigieg received his Bachelor’s Degree from Harvard University in 2003, and soon after completed his postgraduate education as a Rhodes Scholar at the University of Oxford. Between 2009 and 2017, he also served as a Lieutenant in the U.S. Navy Reserves. Buttigieg’s foreign policy has also set him apart as a champion for foreign policy.

Following his speech at the University of Indiana, where he discussed his foreign policy with an emphasis on national security, TIME Magazine referred to Buttigieg as the potential “foreign policy candidate in 2020.” Notably, while most other presidential candidates have only vaguely touched upon their foreign agenda, Buttigieg’s foreign policy has made up a key aspect of his campaign.

Indeed, Buttigieg advocates for organization and forward-thinking; the country’s decisions today will lead the nation and the world in the decades of tomorrow. In his words, “we need a strategy… Not just to deal with individual threats, rivalries, and opportunities, but to manage global trends that will define the balance of this half-century in which my generation will live the majority of our lives.”

This article outlines three key aspects one should know about Pete Buttigieg’s Foreign Policy, with respect to potential effects on global poverty trends and the developing world.

Buttigieg criticizes the post-9/11 legislation that allows the president to use what they deem necessary military force against any organization who assisted with the terrorist attacks. Specifically, he points out that the Authorization for Use of Military Force (AUMF) needs major correcting. A former naval intelligence officer himself, he detailed that this blank check that deployed him to Afghanistan needs changing: troops should only enter into conflict with the government’s complete understanding of the issue at hand and the possible consequences of military involvement.

According to Buttigieg, promoting a government that brings power to Congress once again in taking votes on war and peace would ensure a more careful government in its military decisions. This would especially be the case when U.S. involvement concerns vulnerable and severely impoverished countries, like Afghanistan.

Given the severity of conditions in North Korea, Buttigieg assures that he would not take any interactions with the regime lightly. Moreover, he is a clear believer in the liberal international order, which emphasizes democracy and leadership by the U.S. and its allies, as a way to greater ensure peace, prosperity and consequently lower global poverty rates.

Buttigieg believes reversing authoritarianism would require the unapologetic promotion of liberal order ideals. He also claims that the U.S. has lacked a proper foreign policy since the last presidential election, and incorporating the liberal international order and applying it in communications and relations with Russia or North Korea would bring structure to the U.S. foreign agenda.

Buttigieg has highlighted that as president, he would make nuclear proliferation and rejoining the Joint Comprehensive Plan of Action, also known as the Iran Nuclear Deal, a priority in his foreign policy. The Obama administration first established the agreement in 2015 and worked to ensure that Iran’s nuclear program is peaceful in exchange for lifted sanctions by Germany and the U.N. Security Council, including the U.S. While the Iran Nuclear Deal and its consequences remain controversial domestically, Buttigieg’s vow to rejoin falls in line with the liberal international order, which stresses international cooperation and alliance, in addition to democracy.

Furthermore, there has been a reported economic crisis in Iran following the U.S. withdrawal from the nuclear deal and implemented sanctions. According to Hassan Tajik, director of the Iranian group for the development of international trade, “one of the main problems is the reduction of people’s purchasing and financial capacity, which has brought the population to the edge of poverty.” Rejoining the deal begs the question of a potential change in impoverished conditions in Iran.

While Buttigieg’s speech may not be a Buttigieg Doctrine, he outlines clear priorities in a speech about foreign policy, which may deem him more foreign policy-oriented among the Democratic candidates. Buttigieg’s foreign policy has yet to disclose his complete stances on a range of foreign policy-related issues, but his speech has indicated his desire to involve the U.S. with international affairs in a cooperative, yet cautious manner. As demonstrated, doing so can have a major impact on global poverty trends.