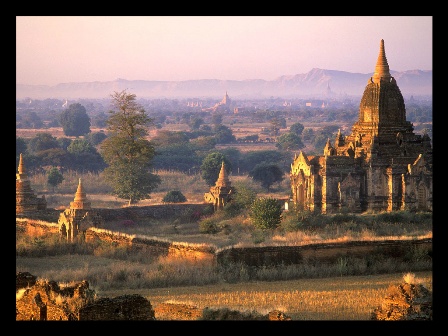 A Brookings Institution article by Lex Rieffel and James Fox (Former Chief, Economic Growth Evaluation at USAID/Policy & Program) analyses aid effectiveness in Myanmar. “The transition in Myanmar that began two years ago — from a military to a quasi-civilian government — is the largest and most encouraging turnaround in the developing world in years.”

They give significant credit to President Thein Sein and social activist Aung San Suu Kyi for collaborating to lift the country out of turmoil. Their three main obstacles or agendas were: ending the civil war, providing an institutional framework to increase the general standard of living, and sharing the wealth of the country’s natural resources with the whole population.

When other countries saw the progress being made, then the World Bank, USAID, and more than 100 other aid agencies and international non-governmental organizations (NGOs) started to offer rapid assistance to Myanmar. This time, the aid agencies and government officials are intent on making sure aid is delivered effectively. All donors have committed to adhere to the 2005 Paris Declaration on Aid Effectiveness, and all subsequent additions to it. And the Myanmar government held an all-donor meeting in January 2013, to get an agreement on ground rules for spending aid effectively.

However, here are five common ways aid can be ineffective:

• Senior government officials of Myanmar end up spending hours every day meeting with delegations from international NGO’s and donor countries – not just their aid agencies but also their government representatives, corporations, media, and more. The endless meetings divert the attention of the local officials, not allowing them to formulate and implement actual progress.

• Each aid organization has its own pressure to “make a difference,” to show results.  For instance, USAID has allocated millions of dollars for their own agriculture sector projects, but only committed $600,000 to the multi-donor LIFT Fund – which is a more effective way of delivering aid.

• Local staff from financial institutions are overwhelmed by the donor organizations’ need to “move the money.” Pressure to distribute project funds is ever-present.

• Donors are often non-transparent as each competes to gain the most favorable position within a region.

• Host countries engage in “donor shopping” to get the most money for the least change.

So, for Myanmar, here are the three ways to make aid more effective:

• Slow down and do more collaborative operations. This act does not overwhelm local officials. Donors should help control the pace, and commit at least 30 percent of their funding to joint operations.

• Provide “scholarships for foreign study.” It will take years for Myanmar to raise its standard of education to the level required for meeting its development objectives. The solution is education abroad, so the students can return home with knowledge to invest in the country. This form of aid also has the least potential for mis-use.

• “Be more innovative” – for instance “cash on delivery aid.” This reinforces good management within the local government, minimizes the administrative burden of the rapid aid influx, and ensures that every dollar of aid goes to support successful projects.