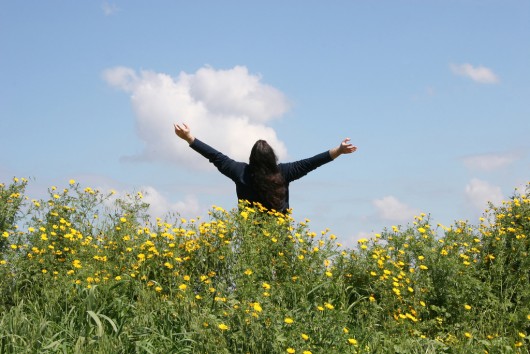 According to the World Health Organization, more than 65 million people in the developing world are in need of a wheelchair. The majority of them live in rural areas that lack paved roads, sidewalks and ramps. Such areas are typically not wheelchair friendly, at least not for the traditional wheelchair.

Faced with the task of designing a chair that could tackle difficult terrain but is also cheap, easy to build and locally repairable, MIT engineer Amos Winter created what is now known as The Leveraged Freedom Chair (LFC).

The LFC’s design in comparison to a standard wheelchair is best described through an analogy. A wheelchair as we in the developed world know it to be is most similar to a classic street bicycle. On the other hand, the LFC is comparable to a mountain bike. Designed for rough and rugged travel, the LFC (like a mountain bike) allows riders to shift gears depending on the level of torque they need for a given journey.

The LFC is now distributed through the Global Research Innovation and Technology team (GRIT). It comes in three sizes — small, standard and large — and is sold in bulk for NGOs, governments and aid agencies that then supply them to individuals. Each chair costs about $200, which is much cheaper than the average manual chair, which can run as high as $800.

The LFC has been distributed throughout 17 developing countries and has helped more than 1,500 disabled individuals regain their mobility in a way that is suitable for their living environment.

Ashok is a LFC rider from India who became immobile as a result of a spinal cord injury. After his injury, he was unable to travel to work in his tailoring shop because the hospital-style wheelchair could not withstand the terrain. Ashok was given a LFC in 2011 when GRIT launched their Indian field trail. Once Ashok received his LFC, he said, “Everything [went] back to normal.”

While mobility is vital to a suitable standard of living, independence and dignity are also necessary aspects. The LFC allows disabled individuals living in developing nations to return to normalcy and continue living their lives.