Tag Archive for: Letters of Hope 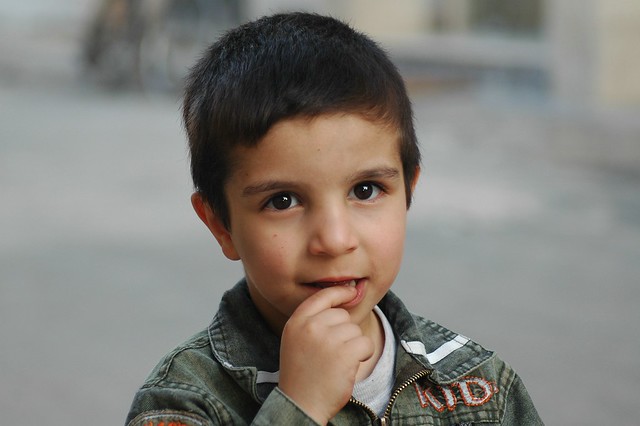 The civil war in Syria has now entered its ninth year. Through the fog of a seemingly endless war, even the United Nations lost track of the number of lives lost in the conflict. The last estimate in 2016 placed casualty numbers well over 400,000. The remaining Syrians are not only battling for their country, but also for their hope. The CARE Letters of Hope initiative wants to help with that.

In January of 2018, Turkey launched an assault on Syria’s northern regions to push out Kurdish rebels in control of the area around Afrin. In April, the United States, Britain and France carried out multiple punitive strikes on Syrian targets in response to various claims of a chemical attack in Douma. Now in 2019, the future of the conflict and the ramifications of U.S. plans to withdraw troops from the nation remain unknown. In the face of such great uncertainty, Syria not only needs extensive aid in reconstructing the country but hope that there are still people who recognize Syrians’ humanity and distress.

The Letters of Hope Initiative

With over 12 million of their countrymen displaced and scattered, Syrian refugees need hope, acceptance and a kind word now more than ever. It is because of this need for connection among refugees and the outside world that the CARE Letters of Hope initiative was born. In 1945, 22 American organizations came together to assemble life-saving care packages to World War II survivors in danger of starvation; CARE was born. By May of 1946, 15,000 packages of U.S. Army surplus food parcels reached the harbor of Le Havre, France. These parcels were designed to provide one meal for 10 soldiers. $10 was enough to buy a CARE Package, which was received by its addressee overseas within four months.

More recently, in response to the Syrian crisis, CARE started sending a new kind of package: encouraging letters addressed to refugees. This project, named the Letters of Hope initiative, began in 2016 when the original WWII CARE Package recipients living in the U.S. started writing letters of support to Syrian children. By doing so, they started “bridging the great distance and circumstances that separated them.” That simple act inspired thousands across the globe to send their own letters that kept the movement alive and well to the modern day.

The Letters of Hope initiative has also started branching out into schools. Its website now provides downloadable junior-high classroom lessons with the aims to “build understanding, empathy and connections between American students and young refugees around the world.”

The Letters of Hope initiative is made possible in part by support from The Fledgling Fund. The Fledgling Fund is an organization that explores the impact that documentary films and other forms of visual storytelling have on social change and advocacy. By creating awareness of humanitarian crises through engaging content, the Fund is able to emotionally move an audience to action. In tandem, Letters of Hope and the Fledgling Fund are vying to tell a story of hope and compassion for Syria and other nations in need without excluding Syrians and other oppressed people from the narrative.