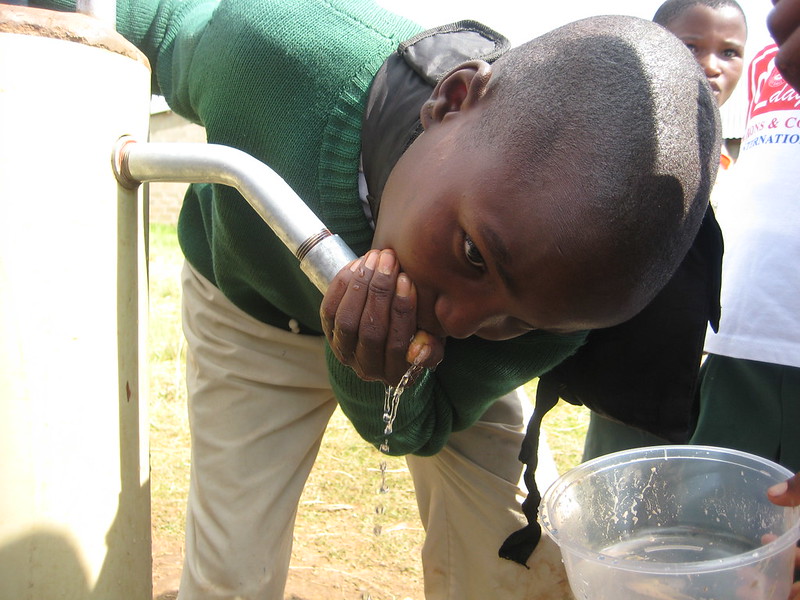 The small kingdom of Lesotho lies in the middle of South Africa, completely landlocked within its mountainous regions. When Lesotho gained its independence from the United Kingdom in 1966, it was established as a parliamentary constitutional monarchy. A majority of the country lives in poverty, relying on subsistence farming and the economy of its much larger neighbor, South Africa. Struggling to stand alone as a country vastly overshadowed by South Africa, four factors contribute to increases in Lesotho’s economy. Industries, such as diamond and textiles, are working to bring the country out of poverty and increase its GDP.

Part of Lesotho’s economic growth can be attributed to the promotion of businesses and industries that are not under the direct control of the government. This initiative was supported more fully by the World Bank Board of Executive Directors, who approved $13.4 million donated to the government of Lesotho to assist with its promotion.

According to the World Bank, “the Second Private Sector Competitiveness and Economic Diversification Project (PSCEDP II) will help improve the business environment through the continued facilitation of reforms to reduce the time and cost associated with doing business in Lesotho, provide easier access to finance, make trading across borders simpler and provide streamlined, accessible and efficient government to business services in order to attract private investment and boost growth.” The PSCEDP II is already seeing growth through economic diversification and an improved business environment, which is crucial for Lesotho’s economy.

The discovery of diamonds made a large impact on the economy of Lesotho, as some of the world’s most valuable diamonds have been discovered there. Mining for diamonds began in the mid-20th century, but a lack of decent finds made the mines close. However, the mines reopened in 2004 when new technology helped increase diamond discovery and the country’s overall GDP. Through the use of diamond exportation, revenue has drastically helped assist the economy of Lesotho. In 2011, diamonds constituted 31% of Lesotho’s total exports.

Starting with a handful of textile factories originating in the 1990s, the textile industry has now become one of the largest employers of Lesotho people, with approximately 50,000 jobs available to communities. The textile industry holds thousands of jobs, primarily for women who account for 80% of employees within the industry. Between 2014 and 2019, the manufacturing sector of Lesotho’s economy grew 34%. Consequently, this increase allowed for a tripling of textile exports sent out to South Africa. By providing thousands of jobs to people, especially women, the poverty levels have eased and the GDP has increased significantly. With the assistance of the textile industry, the increased exportation of products is healing and strengthening the economy of Lesotho.

Lesotho and South Africa created and signed a plan concerning Lesotho’s exceedingly large water resources. This infrastructure project would benefit both countries in the transferring of water and the production of hydroelectricity. The initiative began in 1986 to help Lesotho’s electricity production independence. In addition, Lesotho would gain revenue by providing water to South Africa.

Moving water from the Orange River toward the Atlantic, this project includes the building of five dams and approximately 200 kilometers of tunnels to transport water to South Africa and produce electricity for Lesotho in three distinct phases, the last of which was to be completed in 2020. With this project, approximately 2,000 million cubic meters of water are transported from Lesotho to South Africa every year. This initiative has already helped improve the economy of Lesotho and save money through the production of hydroelectricity.

The assistance of these four factors is working to change the economy to alleviate the impacts of poverty throughout Lesotho. If growth continues with the assistance of private sector-led promotion, the diamond and textile industries and the Highlands Water Development Project, significant hope remains for this small country.