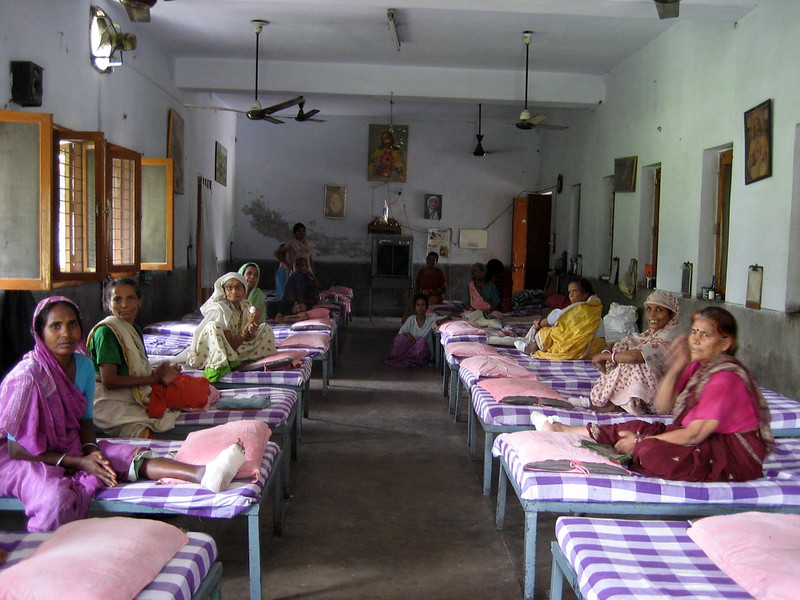 Leprosy is a disease that plagues India. More than 1,000 leprosy colonies throughout the country house hundreds of thousands of its most vulnerable citizens, often unable to provide for their basic daily needs. The nation-wide shutdown due to the COVID-19 pandemic has only worsened this, forcing the leprosy colonies into a state of emergency. Fortunately, the support of Latter-day Saint Charities has helped lessen this dire situation.

The organization has provided food, soap and basic necessary medical supplies to more than 9,000 families in 228 of the most vulnerable colonies. Shawn Johnson, the vice president and director of operations for Latter-day Saint Charities, said, “It is our hope that this assistance helps these individuals and families to maintain their dignity as human beings and their divine value as children of God.”

A Global Religion with Global Reach

“We seek to work with some incredible global partners in providing assistance, love and support to those in the greatest of need irrespective of their religion, ethnicity, background, etc.,” Johnson said. “This work includes critical emergency response efforts, longer-term development initiatives and signature programs, and community engagement and volunteerism efforts. All of these things work in harmony to help bless the lives of others.”

The organization sponsors relief and development projects in countries and territories around the globe and operates “both independently and in cooperation with other charitable organizations and governments.” Latter-day Saint Charities’ various global projects include food security, clean water initiatives, vision care and refugee response. Johnson noted that the organization also has programs that provide wheelchairs and other mobility devices to individuals in need. Additionally, he said that Latter-day Saint Charities has helped provide immunizations to millions of children and has helped save thousands of babies and mothers through its “helping babies breathe” program.

COVID-19: The Largest Ever Humanitarian Project

In 2019 alone, Latter-day Saint Charities worked in 142 countries and territories on 3,221 projects. With more than 2,000 partners, the organization aided millions of people worldwide. But according to the church’s leader, President Russell M. Nelson, this year’s COVID-19 pandemic has become “the largest-ever humanitarian project of the church.”

“In 2020, just for the COVID-19 responses alone, we have completed (more than) 500+ projects in 130+ countries all over the world. The overall number of projects for 2020 will likely greatly exceed the number from 2019,” Johnson said. “These emergency relief efforts have included providing personal protective equipment, food, water and shelter to some of the most vulnerable populations.”

“We also had a volunteer effort where members of the church and local communities provided close to a million hours of volunteer service to produce more than five million masks for front-line caregivers. We also worked to transition a portion of a Church-owned textile factory to produce medical gowns for front-line healthcare workers as well,” he added.

Volunteers Around The World

Over the past 35 years, Latter-day Saint Charities has been providing humanitarian relief for hundreds of countries worldwide and surely will continue to make a global impact this year — especially with their COVID-19 relief projects — and in years to come. 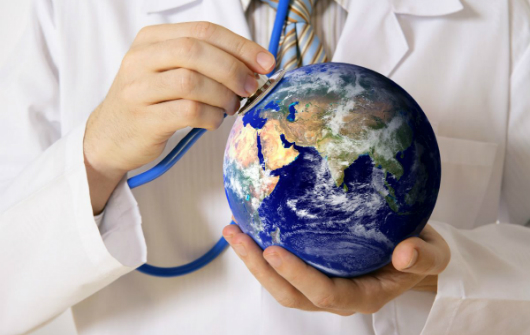 When diseases such as Ebola emerge in a developed country such as the U. S., we are jolted by the knowledge—knowledge we already have—that infectious diseases know no geographic boundaries. Ebola is not the only tropical disease to reach the U. S.

The chikungunya virus has reached a cumulative total of 2,500 cases since 2013 in the U. S. Erik Iverson, President of Business and Operations at the Infectious Disease Research Institute in Seattle, expects a “dramatic and well-reported increase in the number of chikungunya cases suffered in the U.S. over the next couple years—particularly from Florida up through the Eastern Seaboard.”

Chikungunya is a viral disease transmitted from human to human by the bites of infected female mosquitoes. Fever and debilitating joint pain are the outstanding symptoms. It has no cure but is usually not permanent or fatal. It can occasionally cause other health problems, however, such as eye, neurological, heart and gastrointestinal complications. It is a disease associated with Africa, Asia, and the Indian subcontinent. In recent decades it has spread to Europe and the Americas.

Leprosy, another tropical disease, also exists in the U. S. One hundred cases are reported every year, mostly in the south. No one knows exactly where it is coming from. Researchers and health officials have named armadillos as the source in the U. S., but some U. S. victims have had no access to armadillos.

Tuberculosis, is another disease that knows no boundaries as World TB Day reminds us with the past theme “tuberculosis anywhere is tuberculosis everywhere.” London is now considered to be the TB center of Europe, and cities in the U. S.—Los Angeles, Seattle, and Indianapolis—have each had a significant number of cases.

Swine flu and avian flu are not diseases of the past either. The swine flu is still part of the seasonal flu vaccine in the U. S. While avian flu poses a very low threat to infecting humans, it does cause a huge risk to our food supply which in turn creates economic havoc for our farmers. May 2015, saw the worst outbreak of avian flu in our nation.

Iowa, our largest producer of eggs, and Minnesota, our largest producer of turkeys, were hit the hardest. Iowa declared a state of emergency as egg prices as well as fear of buying anything related to poultry rose. Minnesota turkey farmers spent $7 million trying to prevent the spread of the disease. Approximately 41 million chickens and turkeys were destroyed in Iowa and Minnesota combined due to the avian flu. Minnesota has just been cleared by the Minnesota Board of Animal Health to restock their farms.

Recently, I hesitated to buy my favorite eggs due to the exaggerated price. I buy them because they are pasteurized, and I have a fear of salmonella having bought a dozen that was infected not long ago. Luckily, I had hard boiled the one egg I ate from the package before I knew it was recalled. They are usually significantly more expensive than even the eggs that are cage free. But when I saw the price had gone up even more, I wondered about our economy—and with good reason it turns out. But salmonella wasn’t the culprit, avian flu was.

If the avian flu affects our Thanksgiving this year, as a nation, we may take more notice. This may cause more awareness that illnesses anywhere can be illnesses everywhere. But awareness isn’t enough. According to Iverson, we are regrettably not concentrating our time, attention and research on these potential domestic health care problems. “[T]oo often, we assume that diseases like TB, chikungunya or leprosy are ‘global’ dangers, only affecting poor people in developing countries, rather than threats to the U.S.”

Ebola, avian flu and swine flu are profound examples of diseases that all too quickly affect the world. The Global Health Technologies Coalition’s 2015 Policy Report reminds us that if we are not prepared with the essential tools and systems to fight infectious diseases worldwide, they “can have devastating regional and international impact.”

The meaning of global health matters because as the GHTC analysis reiterates, “No matter how geographically distant a threat may seem, a threat to some is a threat to all.” 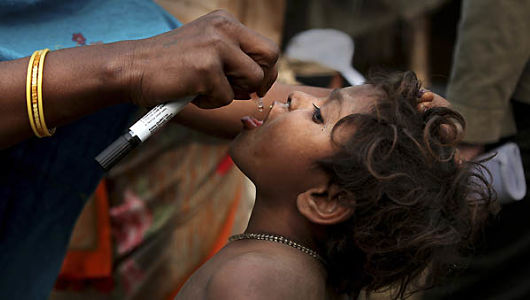 According to the World Health Organization’s (WHO) reports, Leprosy still infects almost 200,000 people globally. The disease not only infects a person but also creates an environment where a person is shunned and forced to live away from his or her family. Even though the disease is highly treatable and not very common, it still creates an immediate social stigma whenever it is mentioned. Thankfully, the disease is on its way to being eliminated completely around the globe.

Leprosy, also known as Hansen’s Disease, affects a person’s nerves, skin and mucous membranes (CDC). Lesions appear on a person’s skin and loss of feeling can occur since the nerves are damaged. Because a person loses sensation in the affected areas, burns or other injuries can go unnoticed and lead to further health issues.

The disease spreads through human contact. It is not highly contagious but can be spread through coming into contact with fluid droplets from an infected person.

The United States and other developed countries rarely ever see cases of leprosy, but several developing countries still experience the disease. According to WHO, “the leprosy burden is now concentrated in the five most endemic countries (Brazil, India, Madagascar, Mozambique, and Nepal), which account for 83% of prevalence and 88% of detection worldwide.” Usually, it is the poorest of the poor who contract the disease because they are the farthest from medical care.

WHO supplies a multi-drug therapy (MDT) free of charge to those with the disease. If the patient takes the prescribed medicine as directed, the disease is curable in as quickly as six months, but it could take up to two years.

Eliminating the disease is of huge importance to global health, but it is also vital to a family unit that has a member suffering. People with the disease are often shunned and pushed out of their social circle. An infected person is made to live with other people who have leprosy regardless of whether the person is a child or an adult. This can cause further strain on a family’s psyche, financial situation and emotional well-being.

Leprosy is well on its way to being eliminated completely from the globe. In 2000, leprosy was considered eliminated because there was less than 1 case per 10,000 people globally. But that number has the potential to be reduced even further. WHO states the following to describe the effectiveness and potential of leprosy elimination:

– There is only one source of infection: untreated, infected human beings.

– Practical and simple diagnostic tools are available: leprosy can be diagnosed on
clinical signs alone.

– Under natural conditions, “incident’ cases” (new cases in which the disease has
recently developed) make up only a small fraction of the prevalence pool. Below a
certain level of prevalence, any resurgence of the disease is very unlikely.

WHO is calling for a “Final Push” to remove leprosy as a health issue around the globe. The biggest factor is the ability to bring the MDTs to every person who has leprosy. This requires the patient’s help in seeking out medical care, despite the stigma that is associated with the disease, as well as integrating leprosy detection into routine medical care in countries where cases are still seen. While this may be easily achievable in more urban areas, the rural areas still need to see higher availability of medical care.

Seeing the end of leprosy for good is an achievable goal. Already the case numbers are dwindling as people are being treated and healed until they are no longer able to pass the disease along. As the “Final Push” is implemented more often, the good news about eliminating leprosy should be heard.