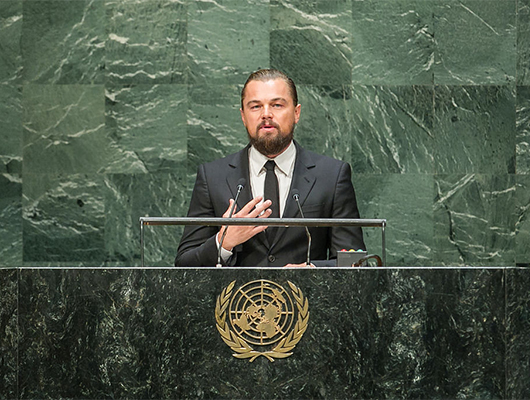 At a recent fundraising gala, the Leonardo DiCaprio Foundation (LDF) raised more than $40 million. This money was dedicated to preserving the last of Earth’s wildlife, habitat, and fragile ecosystems.

DiCaprio stated during the opening ceremony, “We’ve decimated our forests, wildlands, polluted and overfished our rivers and oceans; all the key ecosystems that not only serve as a home to our planet’s biodiversity but also make life here for us possible”.

The event itself, an annual affair, focused its current efforts on protecting key species like the tiger, rhino, shark, and mountain gorilla by working with governments to conserve the jungles, coral reef and forests they call home.

The LDF was able to raise such a large amount of money in a single evening by holding a live auction, presented by the LDF’s long-term partner Julius Baer and other co-sponsors like Chopard and Armani.

The live auction sold an extensive collection of fine art, luxury items and uniquely memorable lifetime experiences. Some of the items sold were an estate home on Leonardo DiCaprio’s own Belize Island that was sold for over $11 million, a private concert with Elton John sold twice for a total of $3 million, and a limited re-edition of Rodin’s “The Thinker” sold for close to $2 million. This shortlist of expensive items were a few of the many auctioned off at the gala event. In addition, several key figures at the event donated simply out of the kindness of their hearts for this worthy cause.

Starting in 1998, the LDF has stated its mission of protecting the world’s last wild places. The LDF implements solutions that help restore balance to threatened ecosystems, ensuring the long-term health and well being of all Earth’s inhabitants. Since that time the Leonardo DiCaprio Foundation (LDF) has worked on some of the most pressing environmental issues. The LDF has made several strides with grantmaking, public campaigns and media initiatives to focus efforts on protecting the biodiversity of the world.

With accomplishments like this, it is truly satisfying to see the LDF tirelessly strive to make a difference. 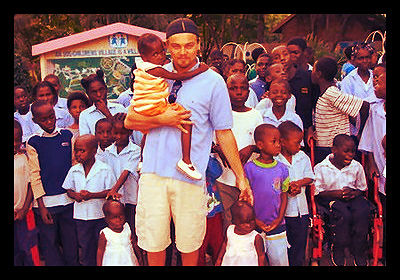 Leonardo DiCaprio is a 38-year-old American actor and film producer. He has received three nominations for Academy Awards, as well as nine Golden Globe Awards. DiCaprio has not only received praise regarding his acting career, but also for his efforts in philanthropy.

First and foremost, Leonardo DiCaprio has a strong passion for environmental activism. His longing to protect the environment is one that heavily influences his everyday life. He owns electric and hybrid cars and has even installed solar panels on his home. His personal life is filled with environmentally friendly alternatives to products that would normally cause harm to the earth. His passion also extends into his career – many humanitarian causes can be seen in the movies he’s been in like Blood Diamond and The 11th Hour, for example.

With that being said, here are five things DiCaprio has done for humanity: