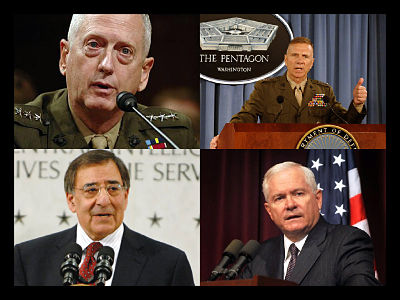 Though the United States devotes roughly $660 billion a year to the military to protect the U.S. from its enemies, influential military leaders have spoken out about the efficacy of foreign aid and diplomacy, rather than military action, for improving national security. Military action is unavoidable in some circumstances, but a rising number of high-ranking military officials are beginning to back an increased budget for foreign aid. Listed below are 5 quotes from military and intelligence officials about the power of aid in relieving global poverty.