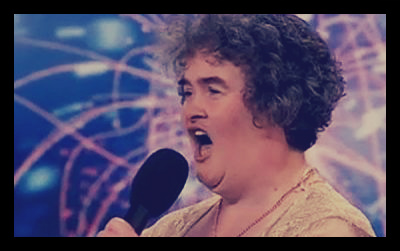 Susan Boyle, the singer who gained international attention for her appearance on the TV singing competition “Britain’s Got Talent”, is spearheading a charitable drive for Lent that aims at eradicating global poverty. Paralympic gold medalist David Smith, along with Boyle, will participate in the Lent campaign called Wee Box, Big Change, which is supported by the Scottish Catholic International Aid Fund (SCIAF).

In keeping with Lent traditions, participants are asked to give something up and then donate the funds they would have spent buying something to the charity, who last year raised 830,000 GBP that went towards impoverished people in Haiti, the Democratic Republic of Congo and Malawi. This year, the money raised through Wee Box, Big Change will benefit communities throughout Asia, Africa and Latin America where SCIAF is active.

Susan Boyle has participated in the campaign for the last three years, and said that she will be giving up “sweets, chocolate, and crisps” for the people throughout the world who “dream of peace, good health and having enough food to eat.”

The charity uses the funds raised through Lent to provide services to poverty-stricken communities by providing “agricultural training, seeds and tools,” said David Smith, after remarking on his visit to Burundi with SCIAF, and said he witnessed the “amazing work” that the campaign and SCIAF does.