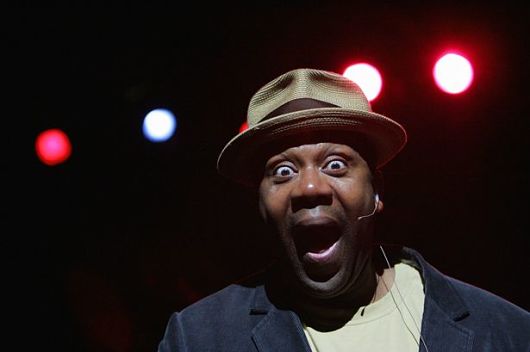 On June 12, a knighthood was announced for comedian and co-founder of Comic Relief, Lenny Henry, in Queen Elizabeth’s Birthday Honors for his services to drama and charity.

Henry has been involved in several causes to benefit AIDS & HIV research, disaster relief, poverty, human rights and health. In addition, he has worked with Red Nose Day for Comic Relief for almost thirty years. He is also noted as a Comic Relief Trustee and earned a CBE from the Queen in 1999.

The comedian has helped break Comic Relief fundraising records with his campaigns for greater diversity in the United Kingdom. Henry said that he wanted to dedicate this honor to the people who have donated to Comic Relief since he has been involved.

“Every person who has helped us raise one billion euros, and for everyone who works at Comic Relief, this is for you, too,” Henry said.

According to Comic Relief, Henry is admired greatly by the British population and has helped decrease racism in the United Kingdom.

“Lenny is one of Britain’s best known and best loved personalities who has had a crucial influence on the creation of black-centered comedy and characters,” Comic Relief said.

The charity added that he is seen as a figurehead for Comic Relief, claiming that the success of the charity would not be possible without the support of celebrity friends like Henry. The Chief Executive of Comic Relief, Kevin Cahill, said that Henry is very closely associated with Comic Relief. He said that Henry seems determined to raise money and create change to end extreme poverty.

“You can’t think of Comic Relief without thinking of Lenny Henry,” Cahill said. “Everyone at Comic Relief is incredibly proud that Lenny’s work as an entertainer and passionate worker for charity [is] being recognized, and we congratulate him on his knighthood.”

Comic Relief is an organization that seeks to improve disease, mental health stigmas, sexual trafficking and exploitation, domestic violence, education and more. With Comic Relief’s help, more than one million children in developing countries have an education. Additionally, three million people who were affected with HIV in Africa have received aid from Comic Relief, and more than six million African people were protected from Malaria.

Henry has helped organize many of the life-saving tactics provided by Comic Relief, henceforth receiving the great honor from the Queen. Henry said that this accomplishment is an incredible achievement.

“It is a wonderful thing. My family [is] absolutely chuffed and my friends have not stopped congratulating me. I’d like the thank everyone for being so generous and so kind. It is an extraordinary thing, and I am absolutely thrilled,” Henry said.

The Queen’s Birthday Honors are given to those who have achieved prestigious and amazing success for the betterment of the country. Many of this year’s Knighthoods have been given to doctors of science, medicine and education, and Henry is one of 29 Knights Bachelor recipients.

Henry is very devoted to Comic Relief and thanks everyone who has helped.

“This is not just for me, this is for everyone who has done something for Comic Relief,” he said.