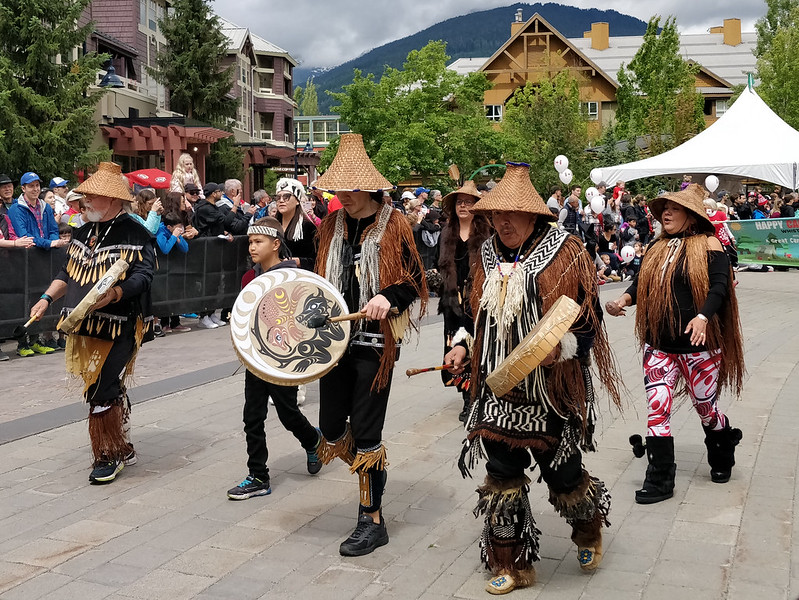 The severing of the First Nations’ culinary connection began centuries ago. Ancestral food was all but annihilated during colonization beginning in the 16th century as European protocols replaced Indigenous agricultural practices and traditions.

Beginning in the late 19th century, authorities denied Indigenous children in residential schools what remained of traditional Aboriginal food. Instead, authorities would regularly push these children to the brink of starvation. The little food these children received included high glycemic, non-nutritive, spoiled and canned food.

However, a 2015 study estimates that 53% of on-reserve First Nations children live in poverty and that nearly 80% of reserves have a median income that “falls below the Low-Income Measure.” Most recently, a 2019 study estimates that 18% of off-reserve Indigenous groups lived below the poverty line, with First Nations people accounting for 22.1% of the impoverished in this group.

The close proximity of convenience stores to both on and off-reserve communities has led to a high intake of highly processed and unhealthy food, with nearly 60% of First Nations members shopping for food at convenience stores once a month at minimum.

Food prices at convenience stores are more expensive than at grocery stores, leading to both an economic and health deficit in the community. There is a high rate of diabetes and obesity among First Nations communities, as nearly 13% of children, ages 12 to 17, are obese, according to estimates from a 2008-2010 survey. A 25-five-year medical study from 1980 to 2005 found that more than 20% of First Nations women and 16% of First Nations men have Type 2 diabetes.

The Resurrection of Culture

Within First Nations communities, members have not been idle. Culinary enthusiasts, like chef and finalist of the Food Network’s “Top Chef Canada” Rich Francis and First Nations ethnobotanist Leigh Joseph are just two of the many First Nations Peoples to be championing a revival of a First Nations’ culinary connection and renewed agricultural practices. By bringing dishes to the table that pre-date colonialism, the narrative of Indigenous cuisine is seeing a shift among communities.

Foods indigenous to the land, such as salmon, beluga, moose, whale fat, bison, beans, mushroom, corn, mountain blueberries, citrus, fresh herbs, beetroot and cedar are rich in nutrients and sustainable and help to reconnect a community to their roots.

While specific foods, such as whale and wild game meat, are not legally marketed off-reserve, these foods are seeing renewed interest on reserve, alongside traditional hunting and agricultural practices.

Canadian restaurants like Salmon n’ Bannock in Vancouver, Kekuli Cafe in Merritt and Westbank and Feast Café Bistro in Winnipeg are only some of the on and off-reserve restaurants featuring traditional and modernized Indigenous cuisine that are reviving the First Nations’ culinary connection.

In 2016, only 2.7% of the agricultural population identified as Indigenous and less than 2% had representation among agricultural operatives.

Due to the severe lack of agricultural representation from these communities, the Canadian government established that “The Indigenous Agriculture and Food Systems Initiative” in 2018, which aims to give opportunities and necessary funding support to Indigenous people to revive agricultural production within their communities over a five-year period.

The $8.5 million initiative seeks to assist in the planning and production of fresh food within Indigenous communities. Overall, it aims to establish food systems within Indigenous communities to increase access to healthy and nutritious foods “while also providing an opportunity for Indigenous Peoples to share their agricultural knowledge and experiences, and market and sell their agriculture products.” The initiative also provides the necessary training for increasing agricultural operations.

As many First Nations culinary, educational, agricultural, spiritual and cultural traditions see practice in new generations, hopes for lowering chronic health issues and increasing food stability are as plentiful as the land they hail from.