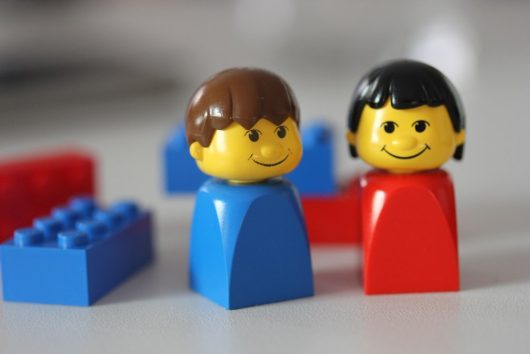 Play Well Africa is an organization that donates used LEGOs to several countries in Africa. Through these donations, schools are able to enrich education through a proven learning tool.

LEGO as an education tool has been seen to improve the quality of learning in classrooms. Through LEGO, children are able to better express creativity, work as a team and solve problems.

Learning with LEGOs requires critical thinking skills which are developed more through LEGO projects and challenges. For example, when building a project without instructions, it requires the students to consider structure and forces in order to create a stable solution.

While the effects of LEGO education may not be immediately seen, over time critical thinking skills develop and serve the children well.

While LEGO building can be seen as an individual task, students tend to fare well when working on LEGO projects together. When working in a group, students must learn to communicate effectively to build a high-quality design.

A 2006 study used LEGO building materials to act as a medium for communication between autistic children. They were split into two groups, one using LEGO therapy and the other using more traditional therapy. In the end, both groups improved significantly in social skills; however, LEGO participants improved more than those not using LEGO.

LEGO has proven itself to be an effective means of not only building social skills, but helping improve social interaction as well.

LEGO is seen as an effective learning tool in schools through improving creativity, critical thinking skills, teamwork and problem solving. Through fostering these important learning skills, it allows permanent solutions to come about in underdeveloped countries.

As students grow and utilize these skills, they learn new ways to help their community grow into a more stable environment. While LEGO does an effective job building successful students, it also helps to create powerful members of the community.

Students benefit in multiple ways from Play Well Africa donating used LEGOs to schools. They not only grow as learners, but as active members in their community. While Play Well Africa currently only works with three countries, they are looking to expand in the near future.