Tag Archive for: Legislation For The Poor 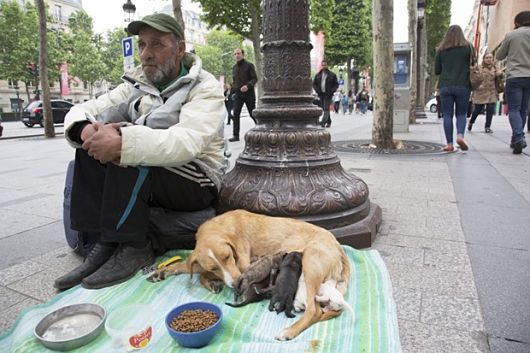 Legislation has been proposed in France that would make it illegal to discriminate or “insult the poor” by refusing to offer those living in poverty housing, employment and healthcare.

The legislation proposes that those who discriminate against the poor, or those experiencing “vulnerability resulting from an apparent or known economic situation” could face up to three years in prison along with a fine of €45,000, or roughly $50,000.

With laws already in place across the globe not allowing people to discriminate against race, sex, and disability, this legislation could be another step in the fight for global equality. According to a report published in the Times, 32 percent of dentists, 33 percent of opticians and nine percent of GPs in Paris refused to treat clients without medical insurance.

Europe’s attitude toward its poor has been diminishing over the years, with authorities in Britain monitoring alcohol and cigarette purchases before offering emergency housing payments and landlords refusing apartments for those receiving benefits.

The Times has reported that the legislation has been approved by the French parliament’s upper house and is forecasted to also be passed by the lower house.

“People think that because we are poor, we must be stupid,” Oréane Chapelle, 31, an unemployed French woman, told the Guardian.

This legislation could potentially help curb prevailing negative attitudes toward Europe’s poor, and the threat of jail time and massive fines could offer plenty of new opportunities for those desperately searching for any available.