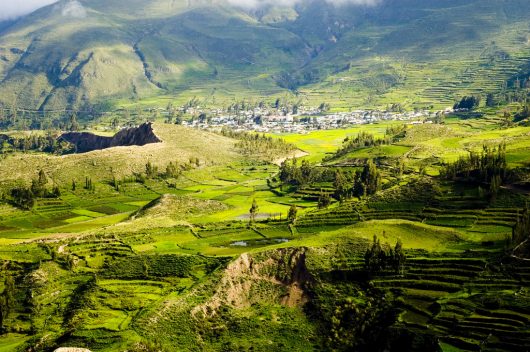 A recent study on the benefits of coca leaf legalization has spurred lobbying efforts in Colombia, with advocates encouraging the country to legalize its production rather than attempting to eradicate the crop. Using coca leaves has been a traditional practice among indigenous South Americans for thousands of years. Before the leaf was harvested and manufactured into cocaine, it was chewed or made into a tea. It provides medicinal and health benefits like treating nausea and can be used for an energy boost.

Before industrialization, when working long days of hard labor, workers—especially some of the underprivileged farmers—would chew coca leaves for the effect of the stimulant but also to satiate hunger pangs while working on an empty stomach. Coca leaves also provide essential minerals like calcium, magnesium, phosphorus and vitamins like A, B1, B6, C and E. Chewing and brewing coca leaves is a natural way of taking dietary supplements.

The government of Peru formed the National Coca Company of Peru (ENACO) in 1949, pushing for legalizing coca leaf production in order to make items and medicines derived from coca leaves. Farmers growing leaves for chewing to be sold to ENACO got their land certified for legal growth in 1978. ENACO does not only cultivate legal coca leaves for local traditional uses, but also sells its products around the world. One of the most common uses is as a natural anesthetic for eye surgery; ENACO is one of two companies that produce coca leaves for this medicinal purpose.

Coca production in Bolivia, however, is more recent. Bolivia has the third world’s largest crop of coca leaves (after Columbia and Peru) with about 67,000 acres used for farming. In 2011, the Bolivian Community Coca Company was founded by the government for the legal cultivation and purchase of coca leaves to be made into flour, ointments, and other products. In 2013, the Bolivian government sought to market coca-based toothpaste to the public with the intention of battling the illicit use of the drug. By using the drug for products like toothpaste or flour, there will be more use of coca leaves for legal industrialization and less for illegal drug trafficking.

How the Legal Coca Leaf Could Help Colombia

Legalizing coca leaf production in the long term could benefit Colombia economically, politically and socially. Allowing coca leaf farms could offset expensive anti-drug efforts like crop substitution, where the government buys out farmers of their current crop and looks to replace it with a different, legal product. However, crop substitution is costly and non-sustainable, especially if the demand for cocaine does not change. If the uses for coca leaves remain the same while their cultivation is restricted by the government, it will merely increase the price of the drug and make crime worse.

Bolivia and Peru are examples of the benefits of legalizing coca leaf production. These countries show that the medicinal benefits can be harnessed to create a market that effectively limits the illicit use of the leaves by taking away from the crops that would be used to make cocaine. Opening a legal market for coca leaves to be made into useful items like flour, ointments, toothpaste and other products would help lower the amount of drug trafficking and create new opportunities for coca leaf farmers to sell this indigenous plant.