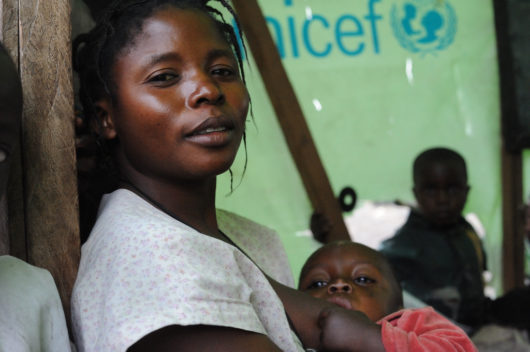 Up until this week, Article 475 of the Moroccan penal code allowed those convicted of “corruption” or “kidnapping” of a minor to marry his victim and avoid prosecution. That is, Moroccan law held that a person who rapes a child could evade punishment – by marrying his victim.

Rooted in traditional views holding that the loss of a daughter’s virginity is a stain on her family, the law has been encouraged by judges to spare families from shame.

Yet for one family, the law has cost them the ultimate price.

Article 475 came to international attention in 2012 when 16 year-old Amina Filali killed herself after being forced to marry her rapist. Filali was accosted on the street and raped when she was only 15. When she told her parents two months later and they took the matter to court, the judge pushed marriage.

“It is not something that happens a great deal – it is very rare,” reported Abdelaziz Nouaydi, who runs the Adala Association for legal reform. Sometimes, he conceded however, families of victims would agree to a marriage out of the fear that their daughters would be unable to find a husband were it to get out that she had been raped. The families, then, would push the marriage onto the daughter in order to avoid a scandal.

According to Filali’s father, it had been the prosecutor who had advised his daughter to marry. The perpetrator, Moustapha Feliak, initially refused the marriage arrangement; yet given that the penalty for the rape of a minor was 10-20 years in prison, he ultimately accepted the marriage. Filali apparently complained to her mother multiple times that her new husband was physically abusive but her mother only counseled patience.

Her death received extensive media coverage and sparked protests throughout a number of Moroccan cities. Furthermore, a Facebook page titled “We are all Amina Filali” was formed in the days after the suicide and proceeded to grow exponentially. A campaign was also started by the international advocacy group Avaaz that demanded the government adopt promised legislation to aid in fighting gender-based violence. By the time Avaaz turned the petition in to Morocco’s parliament, more than a million signatures had been collected.

This week’s new amendment proved that these efforts were fruitful, however, though activists hailed Morocco’s new legislation, many express that more should be done. For example, on one hand, says Fatima Maghnaoui, who heads a group supporting female victims of violence, “it’s a very important step. But it’s not enough… We are campaigning for a complete overhaul of the penal code for women.”

Amnesty International agreed with this view calling Wednesday’s amendment a move in the right direction but also “long overdue.” The global human rights group pushed for a comprehensive strategy to protect Morocco’s women and girls from violence: “It took 16-year-old Amina Filali’s suicide and nearly two years for the parliament to close the loophole that allowed rapists to avoid accountability. It’s time to have laws that protect survivors of sexual abuse,” the rights group’s deputy regional director Hassiba Hadj Sahraoui said.