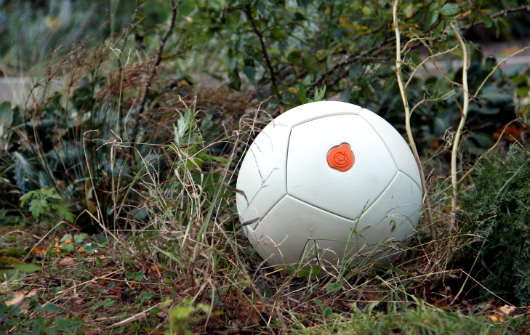 Soccer unites people. It is one of the few things that crosses social, geographic, ethnic and religious boundaries. It is widely understood and played by many. This is why Uncharted Play tapped into the love of soccer to make a difference in the world. They believed in the power of play.

Uncharted Play was founded in 2011 with the strong belief that through the pursuit of play and happiness, they could create something that “would show the world how play could be a tangible tool for inspiring social invention.”

The two founders of Uncharted Play, Jessica O. Matthews and Julia Silverman, met during their junior year at Harvard University, where they teamed up to create the SOCCKET as a class project.

The SOCCKET is a soccer ball with an LED light and a plug off the side. It has a mechanism on the inside that converts kinetic energy to electricity, which powers an LED light for three hours after just thirty minutes of play.

Uncharted Play’s first large-scale success was in Mexico in March 2013, where the largest television station, Televisa, gave out 150 SOCCKETs for free at a ceremony.

However, the first big problem that users ran into with the SOCCKETs was the invention’s low durability. Uncharted Play took this into account and began making improvements. Matthews said, “We’re not Nike. We’re not Walmart… We’re a group of eight people in an apartment in New York City.” She later added, “Things may not always go right, but we are always, always, always… trying to do our best and doing it for the bigger picture.”

Since the creation of the SOCCKET in 2008 and the establishment of Uncharted Play in 2011, they have created a second product—energy-storing jump ropes—and have improved on the first.

Uncharted Play recognized that nearly 1.2 billion people live without electricity and sought to find a solution that not only reduced this number, but also increased happiness. The SOCCKETs are used to light homes and help children do their homework, and most importantly, it gets the kids out to play. Here, soccer and global poverty truly do collide—with positive results.

Source via a nice article published in SoccerTimes