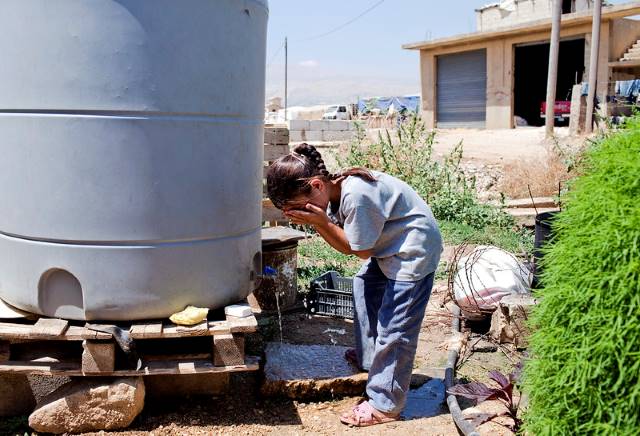 Amid an escalating economic crisis, Lebanon finds itself in an incredibly vulnerable position. According to the United Nations, Lebanon’s water system is at critical risk of total failure. About 71% of the country’s population is at risk of losing water as the public water system is reportedly “on life support.” UNICEF emphasizes the need for emergency action and stands by to offer crucial support. Forecasts warn of an increase in disease due to lack of sanitation as well as the closure of essential facilities.

The Cause of the Water System Collapse

For nearly a year now, Lebanon has existed without a government, according to CNN. Furthermore, the World Bank describes Lebanon’s economic crisis as one of the three worst economic disasters since the mid-19th century. The country’s GDP per capita has plummeted by about 40% and its currency has lost more than 90% of its value since late 2019. As a result, about half the population has slipped below the poverty line.

Yukie Mokuo, a UNICEF representative in Lebanon, tells UNICEF that Lebanon’s water system difficulties due to the economic collapse raise three main issues. First, she emphasized the importance of adequately funding routine maintenance of the public water system, which Lebanon cannot sustain.  Second, the problem of non-revenue water, or water that has been lost before it could reach consumers, remains. Last, the state of the power grid and the growing cost of fuel is not positive.

Mokuo also adds that those struggling to get by during the economic crisis will be the most vulnerable to the water system’s collapse. People would have to make hard choices when it comes to sanitation, hygiene and basic water needs.

The Risk and the Need

Mokuo and UNICEF also warn that, without urgent action, essential public facilities will be rendered unable to function. Among the four million people affected, children stand to risk the most. Children’s health and hygiene would take a fall in the wake of such a crisis since the immediate effects would impact overall public health. The country would see an increase in diseases without effective sanitation. In particular, women and young girls would face specific challenges “to their personal hygiene, safety and dignity without access to safe sanitation,” according to Mokuo.

UNICEF requires $40 million a year to adequately support Lebanon’s water system. The fund would work to address supply and maintain adequate levels of clean water for more than four million people. The mission would aim to secure the “minimum levels of fuel, chlorine, spare parts and maintenance necessary.” This would enable the continued functioning of various key systems while safeguarding access and ensuring public operation.

A Plea for Lebanon

Mokuo affirms the importance of the necessary funding to support UNICEF’s mission in addressing Lebanon’s water system collapse. She says, “[W]e will remain steadfast in our support to communities as resources permit, but this alarming situation requires immediate and sustained funding.” She added, “UNICEF stands ready to support, particularly as the global pandemic evolves, to ensure that the most basic right to clean water is met for children and families at this critical time for Lebanon.” As such, UNICEF calls “for the urgent restoration of the power supply — the only solution to keep water services running.” In the meanwhile, UNICEF continues with COVID-19 relief efforts in Lebanon, providing “life-saving services” and supporting the vaccine rollout.

Though the situation remains dire, the commitment of UNICEF signals genuine support that Lebanon can rely on. In an imperfect, developing situation, UNICEF’s focus provides hope that even in the worst case, help stands ready.