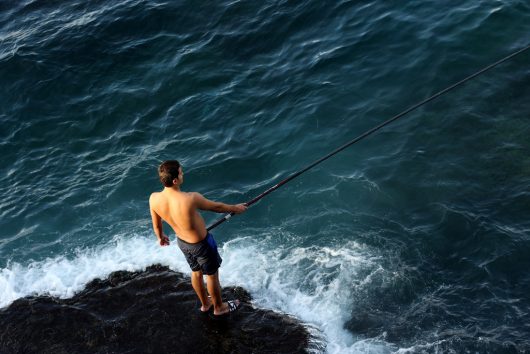 Located along the eastern edge of the Mediterranean Sea and sandwiched between Syria and Jordan, the country of Lebanon seems to thrive in an otherwise dry and arid region of the world. In the Middle East where neighboring countries are strapped for sufficient and renewable water resources, Lebanon is fortunate to have the benefit of a coastal border as well as above adequate rainfall. The greatest strength for the country’s water supply stems not from the water itself, but from the efforts that are being made to improve the water quality in Lebanon.

According to the CIA World Factbook, Lebanon has a population of 6.2 million. The majority of this number lives along the Mediterranean coast, with approximately one-third of the population concentrated in the capital city of Beirut and its immediate surrounding areas. Although the area may be rich in the plenitude of beaches, the water quality in Lebanon is impacted by pollution that greatly restricts use and supply.

Most of the country’s water is used for agriculture, which necessitates the use of pesticides and other harsh elements. These toxins seep back into the underground supply through irrigation, causing more pollution to the measure of water quality in Lebanon. Open dumps where sewage and industry waste are deposited into the Mediterranean exist along the entirety of the country’s western sea border. The water that is collected from the sea and river basins is often contaminated with the sewage deposits, while poor filtration can lead to high amounts of sodium and chloride intrusions.

The population concentration in Beirut further erodes the water quality in Lebanon. Water is rationed throughout the country, while inadequate water transportation systems corrode existing pipelines. Many have access to water for only a few hours a day. Those who can afford to buy bottled water do. Those not financially capable of this luxury resort to digging their own wells for water, causing them to consume water from the underground water supply that has been poisoned by agricultural irrigation.

Water-related infections and diseases are common across the country. Diarrhea, dysentery, typhoid and hepatitis have all been reported. Public outrage over the inferior water quality in Lebanon has led to public debate and advocacy work, causing encouraging responses from both the local and international communities.

The World Bank created the Greater Beirut Water Supply Project in 2010 to address the sparse water supply for the high population concentration. The project is planned for completion in 2019 with the goal to provide poor households in south Beirut with water pipeline connectivity. The country’s parliament also passed the National Water Sector Strategy in 2012, a plan to invest in the infrastructure to ensure better water quality in Lebanon and more reliable delivery.

The United States is also involved in the efforts to improve the water quality in Lebanon. In 2013, the Lebanon Water Project was started with the help of the United States Agency for International Development (USAID). This five-year project’s goal is to address infection and diseases caused by poor water quality in 1,200 schools across the country. So far, the project has installed new water tanks and updated filtration systems in more than 400 schools. These organizations and projects are helping to ensure that the Lebanese population, regardless of location, will have better access to clean and affordable water.