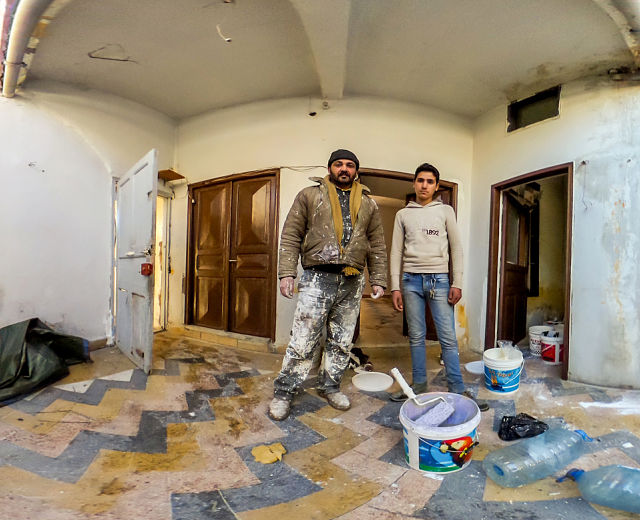 Lebanon is a small country bordered by the countries Israel and Syria. Since gaining its independence in 1943, Lebanon has experienced turmoil within the country. This includes a civil war that lasted from 1975 to 1990, Syrian military occupation from 1976 to 2005, continued fighting between Israel and the Hezbollah militia and a short-lived war in 2006. In more recent times, over one million registered Syrian refugees have fled to Lebanon due to the ongoing Syrian Civil War. As a result of these events, numerous organizations have been working within Lebanon to address a wide variety of concerns and challenges. Below are five noteworthy development projects in Lebanon that are currently being implemented.

The LHSP was created in 2012 under the United Nations Development Programme (UNDP) in response to the Syrian Civil War and in joint cooperation with the Ministry of Social Affairs. The LHSP works in communities where there is a high risk of tension and hostility due to the high numbers of Syrian refugees resettling in these communities. The total budget is over $39 million, with top donors including Denmark, Ecuador and Italy. The LHSP aims to facilitate conflict resolution, create peaceful coexistence and stability and maintain livelihoods and services, making this project a standout in terms of noteworthy development projects in Lebanon.

This project, approved in 2014 and projected to end in 2024, is funded by the World Bank and aims to increase the available water supply to the greater Beirut and Mount Lebanon regions. This project includes various components such as financing and constructing the Bisri Dam, constructing pipelines to the already existing Joun reservoir and expanding the Ouardaniyeh water treatment plant. The total estimated cost of this project is $617 million.

Another example of development projects in Lebanon is the ESFD, which is also a UNDP affiliated project. It was created in 2011 to improve employment and community development opportunities in Lebanon. Due to UNDP’s strong partnerships with local authorities and actors in various parts of the country, this project will support ESFD in working in poorer regions of Lebanon to assist in job creation and community outreach programs. The sole donor of this project is the Lebanese Council for Development, providing a total of over $12 million to this project.

The CPF, which was started in 2016, aims to address various issues identified in the Ministry of Agriculture Strategy of 2015-2019 and the Food Security Strategic Response Plan of 2016. This project focuses exclusively on seven distinct areas which include increasing food security in vulnerable communities, improving food sanitation and safety, strengthening reliable nutrition information systems, providing assistance to develop sustainable agricultural practices, implementing sustainable management of land, establishing an efficient agricultural statistics system and promoting the increase of crop value chains.

Launched in 2013, this project is a joint collaboration between the U.N. Children’s Fund (UNICEF) and HOOPS Club, with the objective of fostering communication between Syrian refugees and Lebanese communities. This project has been implemented in Beirut, Akkar, Baalbek and Sour, where there has been a large influx of Syrian refugee families. This project brings together young people from both communities to encourage interaction and the free exchange of ideas and thoughts. Due to the Syrian Civil War, many Syrian refugee children lost their close network of friends and this project helps to foster friendship and establish harmony between the two communities.

Although Lebanon has experienced a broad range of events and political turmoil in just the last 50 years, there are numerous actors, institutions and organizations that are working to improve the situation in Lebanon. Although these projects listed are noteworthy development projects in Lebanon, they are not alone in working to secure a better and brighter future for Lebanese citizens and those that have just started calling Lebanon their home.