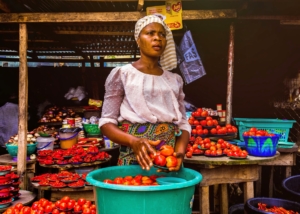 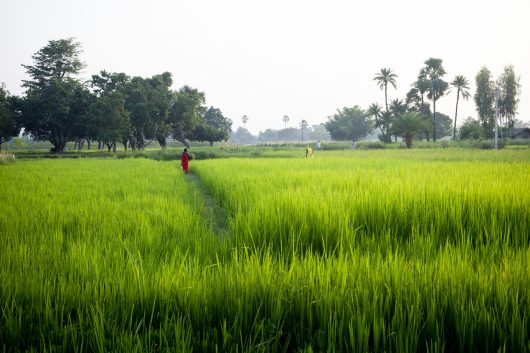 Capacity for the 2030 Agenda
UNITAR provides instruction and delivers a range of projects, e-training courses, in-person seminars, webinars and education sessions/conferences. This instruction is done with the intent of assisting national jurisdictions and stakeholders to develop the capability for mainstreaming, executing and analyzing the 2030 Agenda for Sustainable Development. This Agenda challenges all countries and stakeholders to cooperate in the implementation of global objectives at all levels.

Strengthen Multilateralism
UNITAR seeks to empower representatives to participate in intergovernmental deliberations as well as management.
Globalization is increasing, and the consequences of multilateral conversation and collaboration are growing. The demand from the Member States for training and capacity development in the field of multilateral diplomacy will continue to rise. UNITAR supports the Member States by conveying knowledge related to the practices, policies and methods of multilateral working conditions and United Nations intergovernmental machinery.

UNITAR provides instruction based on a unique focus on contemporary diplomacy-related topics including colloquies related to climate change, trade and intellectual property issues.

To advance the objective of furthering environmental sustainability, UNITAR provides instruction while partnering with U.N. associates, as well as additional associations and nations to develop well-organized learning tactics, as a means of delivering climate resilient development production. UNITAR focuses on increasing skills in analysis of vulnerabilities and risks and strategies to create resilience to climate change.

Research and Technology Applications
This area of work includes most of the organization’s research efforts in the areas of technology applications and innovation. UNITAR is home to an advanced center of excellence for satellite imagery and data analysis, UNITAR’s Operational Satellite Applications Program (UNOSAT). The center is active in research, applications and specialized training. Twenty-first-century technology will confront climate change, facilitate resilience and involve citizens in the work of the U.N. In this area, UNITAR provides instruction utilizing tools to promote information and knowledge about adult learning principles and instructional design approaches for all the Member States.

By focusing on these areas, UNITAR hopes to empower the world with knowledge, especially in creating sustainable solutions for the future. 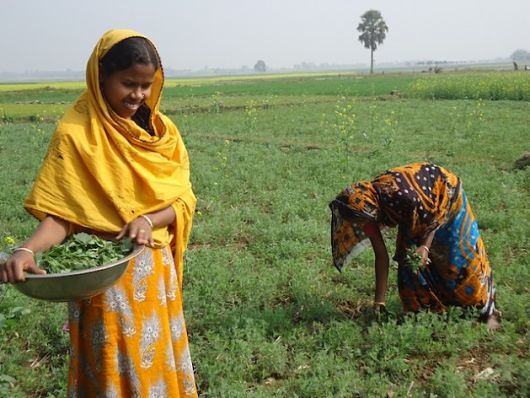 Bangladesh Rural Advancement Committee (BRAC) leader Sir Fazle Hasan Abed won the World Food Prize in 2015 for his achievements in promoting global food security. The primary objective of BRAC is to alleviate global poverty through methods that reduce maternal mortality and invest in maternal health, family planning, services to women, empowerment to women, agriculture and other livelihoods. Bangladesh achieved the Millennium Development Goal of halving hunger by 2015, according to recognition by the United Nations.

Outreach has reached 11 other nations making BRAC the leading anti-poverty advocate and activist in the world. BRAC has given 150 million people an opportunity to improve. Abed has lead BRAC for 43 years, starting in 1972 when the committee focused on helping Bangladesh recover from war with Pakistan. It now has a large staff of about 110 thousand people in the countries of Bangladesh, Afghanistan, Pakistan, Philippines, Sir Lanka, Liberia, Sierra Leone, South Sudan, Tanzania, Uganda and Haiti.

Many success stories stem from BRAC, such as the increase in the rate of immunized Bangladeshi children from 2 percent in 1986, to 70 percent in 1990. BRAC gives those in poverty microfinance, health, education, agriculture and livestock services.

The committee gave $1.5 billion small loans to those in need with $100 to $150 per person. The organization nurtures the eight percent of Bangladesh’s poorest in two-year programs created to lift them out of poverty and receive loans. BRAC uses grants, monthly salaries and health services benefiting families, as they are educated about budgeting in and out of the country. Their methods such as this have assisted 180 thousand people out of poverty.

According to statistics last year, Bangladesh is a leader amongst least developed countries (LDC) fighting for gender equality. The amount of women in parliament has increased, rising from only 10 percent in 1991, to 20 percent in 2011.

The key to success in Bangladesh has been women’s labor in agricultural and exporting positions. There were two million women working in ready-made garment (RMG) factories, which is the top export sector, reeling in a profit of $2 billion a year.

The life expectancy of women increased from 54.3 years in the 1980s, to 69.3 years in 2010. Secondary school enrollment for girls has increased, rising from 1.1 million in 1991, to 3.9 million in 2005. Today, girls are less likely to be married at a young age and fertility rates have fallen. An increase in nutritional intake and higher incomes are another result of benefiting women.

Bangladesh is ranked 100 out of 128 when it comes to gender equality. There is still some work to be done, and Abed knows this. He received the Trust Women 2014 Hero award for promoting women’s rights, becoming the first man to receive this award.

Abed was selected among 160 nominations from 45 countries. The award is given to an innovator whose activity has aided women to learn and sustain their rights. After receiving the World Food Prize in 2015, Abed upholds his goal in helping women when he stated in an article by Environmental News Service, “the real heroes in our story are the poor themselves and, in particular, women struggling with poverty.”

A work in progress within BRAC is teaching mothers in Bangladesh how to make oral rehydration fluid in order to fight diarrohoeal deaths. BRAC is particularly proud of halving the number of child mortality since the 1980s. The organization has been working on training midwives in order to reduce mortality rates of both mother and child.

BRAC’s microfinance has been especially empowering women. Microfinance is essential in rural and social development. Of the borrowers in Bangladesh, 92 percent are women and 90 percent live in a rural area.

Bangladesh has increased gender equality in two particular educational levels. Youth literacy and secondary schooling has improved greatly with higher girl to boy ratios. The country has reduced the gender gap faster than the global average and hopes are high to reserve one third of Bangladesh’s parliament for women by 2020.

However, women will continue have challenges to come. The employment rate of women in 2010 was 58 percent, which is ranked 30 percent lower than men. Women are also still unable to own land, and lack necessary tools to perform productively on the agricultural scale. They also face early and forced marriage, maternal deaths, abandonment, and hold a small amount of job opportunities.

Even so, BRAC has successfully impacted the country and Africa. Its microfinance and two-year nurturing programs have generated success. The fertility rate and child survival has improved in Bangladesh and it’s still reaching to further help women. Results for women’s equality in Bangladesh are expanding beyond borders as people leave poverty with the support of BRAC.