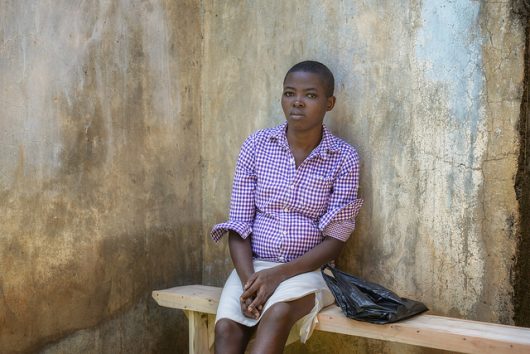 Financing and investments in education promote economic development, reduce gender disparities and are potentially the most effective way to accomplish all of the United Nations’ 17 Sustainable Development Goals (SDGs) developed by the U.N. Member States in 2015 and to prevent conflict and sustain peace.

At the event titled “Financing the Future: Education 2030,” world leaders, advocates, children and students gathered in New York to underscore the importance of unreservedly financing global education. According to the U.N. News Centre, the event was co-organized by governments, the private sector, civil society and U.N. agencies to encourage greater investments and political commitments in quality education. This included education at all levels: early childhood, primary and secondary.

U.N. Secretary-General António Guterres delivered the opening remarks by speaking of his background as a teacher in his native Portugal, where he began to see education as “a basic human right, a transformational force for poverty eradication, an engine for sustainability and a force for peace.”

Guterres underlined four areas of focus where he urged world leaders to boost investments in education. Noting that about 260 million young children, most of whom are girls, are deprived of school education, he urged for greater investments by governments and donors in education funding. He also advocated for the reduction of gender-based disparities, adoption of lifelong learning habits and a particular focus on children, notably refugees, affected by wars and conflicts.

Guterres also envisioned the launch of an International Finance Facility for Education as early as next year through the G-20 Education Commission. Speaking of the wide range of barriers faced by girls in obtaining primary and secondary education, he noted that only 1 percent of poor rural women in developing countries completed their secondary education studies.

This means that half of any low-income country’s assets–women and girls–can not currently play a role in a country’s economic development simply because they lack proper access to education or suffer disproportionately in poor and vulnerable households. As Guterres reiterated, each year of secondary education can boost a girl’s future earning power by as much as 25 percent.

U.N. Messenger of Peace Malala Yousafzai, the youngest laureate of the Noble Peace Prize, built on this theme and urged world leaders to boost investments in education, especially for girls. She said that girls worldwide desire greater opportunities and are actively pushing back against poverty, war and child poverty.

“We have big goals,” said Malala, referring to the SDGs, “but we will not reach any of them unless we educate girls.”

The U.N. Special Envoy for Global Education, Gordon Brown, stressed the need to widen the circle of beneficiaries of quality education and labeled it as “the civil rights struggle of our time.”

“Confronted by the largest refugee crisis since the close of the Second World War, and with education receiving less than 2 percent of humanitarian aid, it is vital we marshal the funds to provide an education for all children–especially those left out and left behind: refugee children,” he said.

A recently released report from the United Nations Educational, Scientific and Cultural Organization (UNESCO) further breaks down the extent of the problem. More than half a billion children and adolescents worldwide are unable to meet the minimum proficiency levels in reading and mathematics and are headed towards a “learning crisis.”

Many of the global goals are dependent on SDG 4, which directs “inclusive and equitable quality education and the promotion of lifelong learning opportunities.” But lack of access to school, failure to maintain children’s attendance and the poor quality of education are among the three common problems hampering progress in quality education.

Speaking about the UNESCO report, Silvia Montoya, director of the UNESCO Institute of Statistics, stated that “[t]he figures are staggering both in terms of the waste of human potential and for the prospects of achieving sustainable development.”

The UNESCO report and the U.N. event show that tackling the global education crisis requires far greater investments in education than have been previously allocated. Greater resources are needed to promote equitable opportunities for children around the world seeking quality education.

Governments, the private sector and citizens can all play a critical role in ensuring that our most precious resources–our young population–are not deprived of the resources they themselves need to succeed and become tomorrow’s leaders. As Guterres concluded, “[f]inancing education is indeed the best investment we can make for a better world and a better future.”