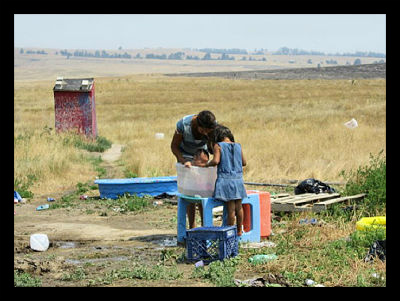 A new study from the Oxford Poverty and Human Development Initiative (OPHI) indicates that several of the world’s poorest areas are not located in Least Developed Countries, but in countries classified as middle-income nations.

The OPHI study used a newly updated form of a system of measurement called the Multidimensional Poverty Index (MPI) to determine the world’s most impoverished areas. MPI looks at a variety of categories, from education to healthcare; those found deficient in at least one-third of the 10 barometers are considered multi-dimensionally poor. The study team measured MPI in 71 developing countries, hoping to hone in on the world’s most pervasively destitute locales.

According to the study, 60 percent of the people living in the world’s poorest locales are not living in Least Developed Countries. What’s more, several of the world’s poorest regions are in fact located in middle-income nations like India, Nigeria, Pakistan, Cameroon, Cote d’Ivoire, Ghana, Namibia and the Republic of the Congo.

While considered middle-income countries, places like Namibia, Nigeria and Ghana are also home to rampant economic inequality. According to World Bank’s GINI index, Namibia had the most extreme wealth disparity in the world in 2010.

By highlighting the prevalence of extreme poverty in middle-income countries, the study underscores the shortcomings of aggregate barometers like national average income. According to Dr. Sabina Alkire, director of OPHI, MPI provides a more nuanced scan of poverty across regions.

“The MPI enables us to examine poverty within regions of a country as well as nationally, and compare the interlocking deprivations people experience. It can reveal experiences across rural and urban areas, and across different ethnic populations,” Alkire said.

According to Alkire, the MPI is an indispensible tool in ensuring that no stone goes unturned in the effort to fight global poverty. OPHI researchers believe that MPI measurements will be invaluable in helping policy makers to target their efforts more appropriately, and more accurately.